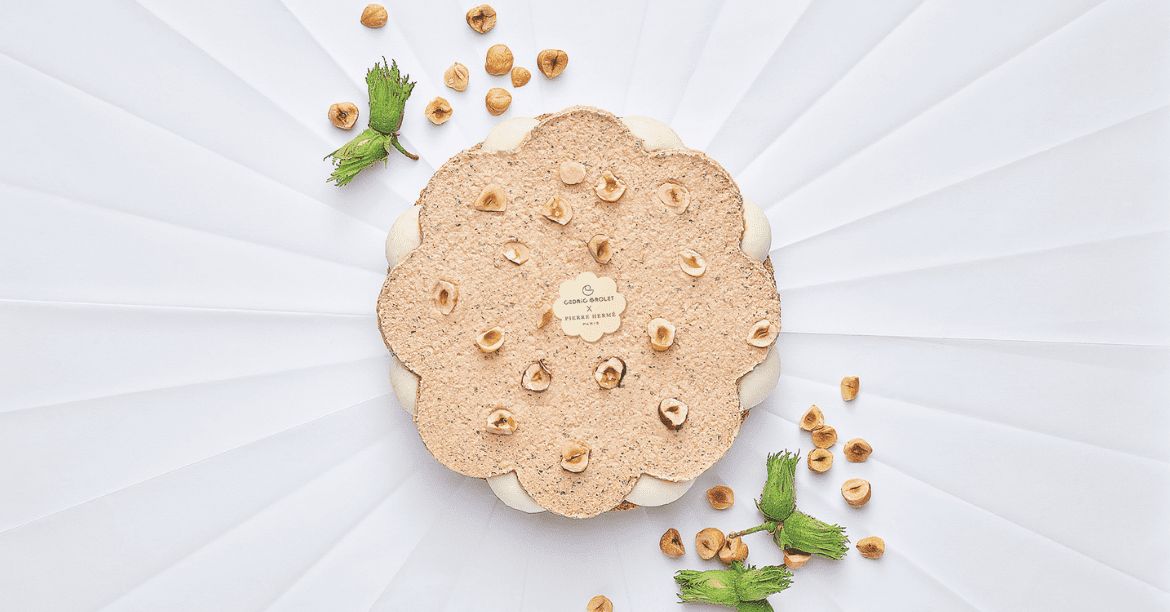 Two of the world’s most renowned pastry chefs — Pierre Hermé, the “Picasso of Pastry,” and Cédric Grolet, pâtissier of the famous, luxury hotel Le Meurice in Paris known for his fantastical, fruity treats — have teamed up to bring the capital a one of a kind creation for a limited time only.

Meet the “Noisette-Citron.” Visually, the cake — which is offered in three sizes: individual, small and large — may look simple, but the complex flavors (and collaborative work that went into achieving them) was far from so.

The“Noisette-Citron” is a marriage of two iconic creations — Hermé’s hazelnut macaron, which offers luxurious richness, and Grolet’s trompe-l’œil lemon, which gives it a lively, citrus punch. Enjoying the cake is meant to be (and is) a journey of taste and pleasure that some may call explosive!

Aside from being a delicious and special dessert, the “Noisette-Citron” symbolizes a union of two generations. A combination of the two pastry chef’s respective skills and know-how of a longstanding, shared savior-faire, Pierre Hermé and Cédric Grolet reinvent what it means to be gourmet.

The “Noisette-Citron” is is exclusively available for order on pierreherme.com and cedric-grolet.com (Click & Collect or local delivery) from September 24 to October 18, 2020.

Where To Buy My French Country Home Magazine

Tips for the Perfect Raclette Dinner