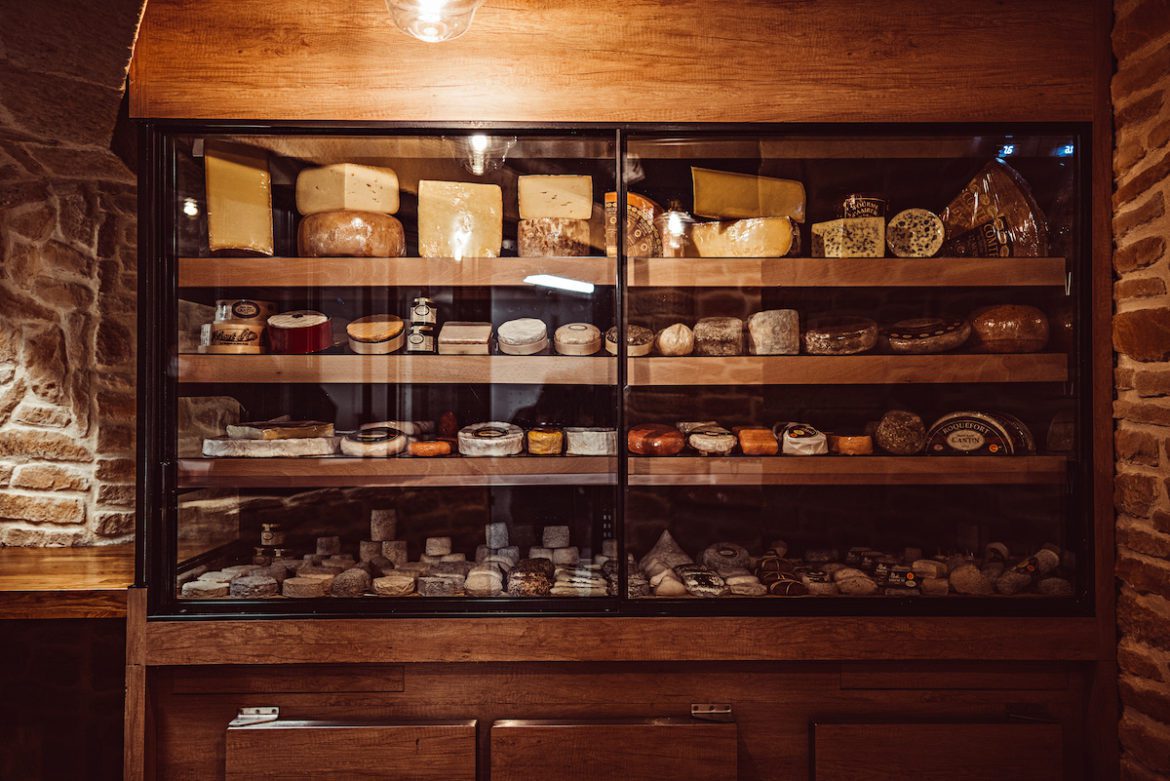 Legendary 5-star Parisian hotel Le Bristol is king when it comes to cultivating the French art de vivre (fitting, as the property looks like a palace). Situated inside a grand original building, its 190 luminous rooms and suites are the epitome of elegance, each with a unique history and outfitted in Louis XV style, with Louis XVI touches and contemporary accents.

And it certainly spares no luxury… currently on its roster of upscale offerings is a MIchelin-starred restaurant; an iconic pool, hammam and luxury spa; a chic café, a cocktail bar, a chocolate factory, a rooftop garden and more. Its latest addition is nothing to be sniffed at (or is it…?). Inside its exclusive and extensive famed wine cellar, Le Bristol has introduced an in-house fromagerie and maturing cellar headed by two artisans with epic taste: three-starred chef Eric Frechon and Marie-Anne Cantin, an award-winning cheesemaker.

Take a peek inside below!

A selection of the cheeses are available to take away from the Epicerie des Ateliers du Bristol, located adjacent to the hotel’s entrance on rue du Faubourg Saint-Honoré.

Indulge in French Earthenware by Digoin