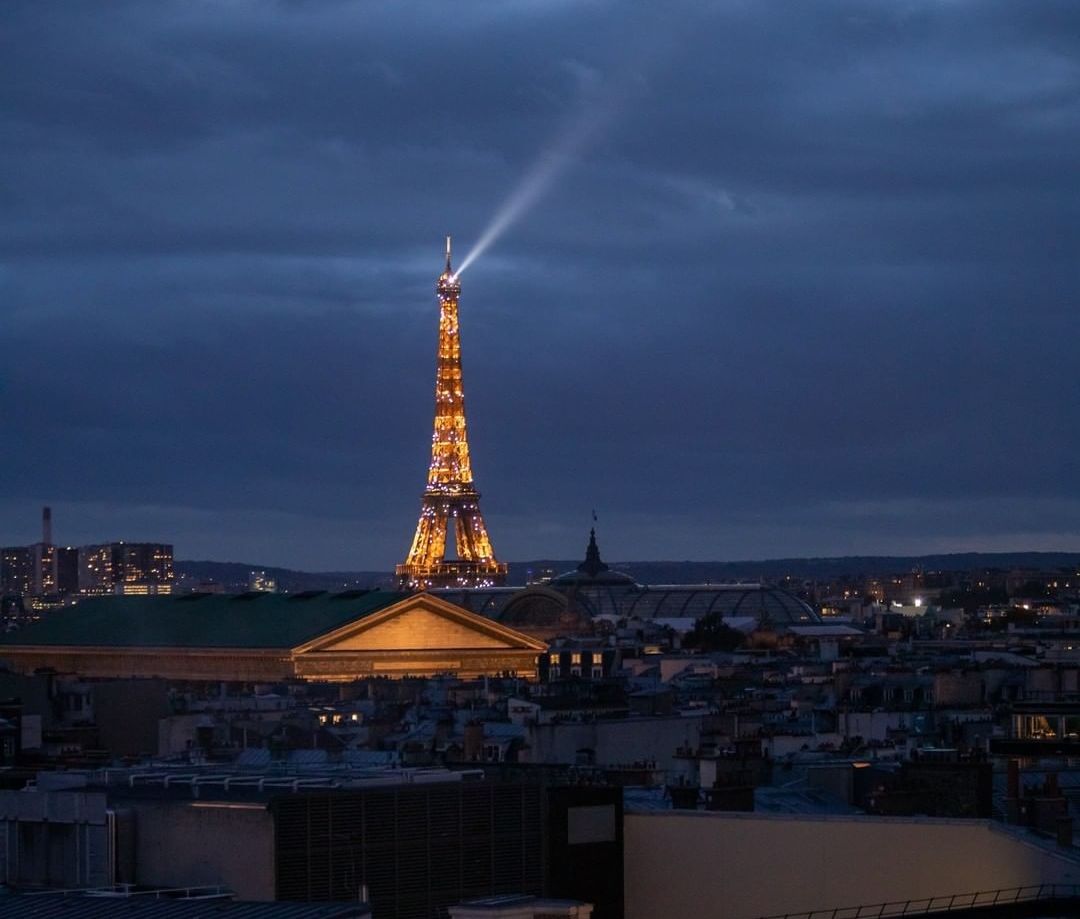 An instantly recognizable symbol of Paris, the striking wrought-iron lattice tower is one of the most beloved cultural landmarks in the world. As a nod to the just-released movie Eiffel (starring Roman Duris and Emily Mackey) – a love story that chronicles Gustave Eiffel and his creation of the stunning monument – we’ve rounded up some fun facts about the Eiffel Tower that you might not know.

Check them out below!

Formally named after its engineer, Gustave Eiffel, you’ll likely hear the French refer to the monument as “La dame de fer,” which translates to “The iron lady.” Another fun fact is that it was close to being called the Bonickhausen Tower… Gustave was born Alexandre Gustave Bonickhausen – his name was only officially changed to Eiffel in 1881, only a few years before the tower was erected.

It was meant to be ephemeral

The Eiffel Tower was initially built to be the entrance of the 1889 World Fair in Paris and was slated for demolition in 1910. Gustave Eiffel struggled tirelessly for most of his life to protect his creation, touting its multiple uses, and, today, seven million visitors from around the world a year appreciate that he succeeded!

It was the tallest monument in the world for decades

Standing at 1,063 ft feet, the Eiffel Tower was the tallest man-made structure in the world when it was completed in 1889. It held this title for 40 years — up until the Chrysler Building was erected in New York City in 1930.

Its an elegant TV antenna

In addition to being one of the most visited tourist attractions in Europe, the Eiffel Tower has a purpose – it is used to diffuse both television and radio waves to Paris; in fact, it is so efficient at this job that in 1953, it even managed to catch and relay images of the Queen of England’s coronation!

It was part of a criminal ploy

In 1925, a man named Victor Lustig sent letters to several scrap yards requesting bids for the Eiffel Tower’s metal, falsely claiming it was to be dismantled (he even gave interested buyers tours!). Lustig was shockingly able to extort a good amount of money from his victims and went on to flee the country with his bounty but was eventually captured when he returned to try and repeat the scam. A fun and scandalous fact about the Eiffel Tower!

Paint protects the metal from corrosion, and the Eiffel Tower’s coat is renewed every seven years with a momentous 60 tons of paint! The monument’s uniform color is actually made up of three different shades, starting with a light base and finishing with a darker hue. Another fun fact is that the colors themselves have changed over the years, from red-brown to beige to ochre.

The Eiffel Tower sways ever-so-slightly in strong wind, but its thin, lattice structure allows for little resistance. The largest movements are actually due to temperature shifts: during winter, the tower shrinks by a few centimeters, and during summer it “flees” the sun – the heat dilates the exposed metal at the top, causing it to slightly bend away from the sun.

During wartime, the army installed a secret bunker underneath the Eiffel Tower’s legs, which remains in use, abelit quite a different one, today. It not only houses the machinery needed for the elevators bringing visitors to the top, but also serves as kitchen space for the tower’s four restaurants – a deliciously fun fact.

Its spotlight shines a distance of 50 miles

The tower’s massive spotlight, which rotates on a 360 degree axis, can be seen from any unobscured spot in Paris until 1:30 a.m. (it is so powerful, it is even known to be seen in the outskirts of the capital, up to 62 miles away!). The monument is also additionally adorned with 20,000 bulbs (that light up randomly), which allows it to sparkle for five minutes at the start of every hour come nighttime – a favorite fun fact (and sight) for tourists and locals alike.

Planes have flown through its “legs”

In 1926, a young American pilot bet that he could fly his plane between the Eiffel Tower’s “legs.” To the world’s shock, he performed the seemingly impossible maneuver, yet sadly the story doesn’t have a happy ending: he did not notice a nearby television antenna and crashed to his demise. His legacy remains, however, and this trick is now regularly repeated – certainly one of the most spectacular ways to see the tower!

Photography (aside from Jeffrey Milstein) @toureiffelofficielle