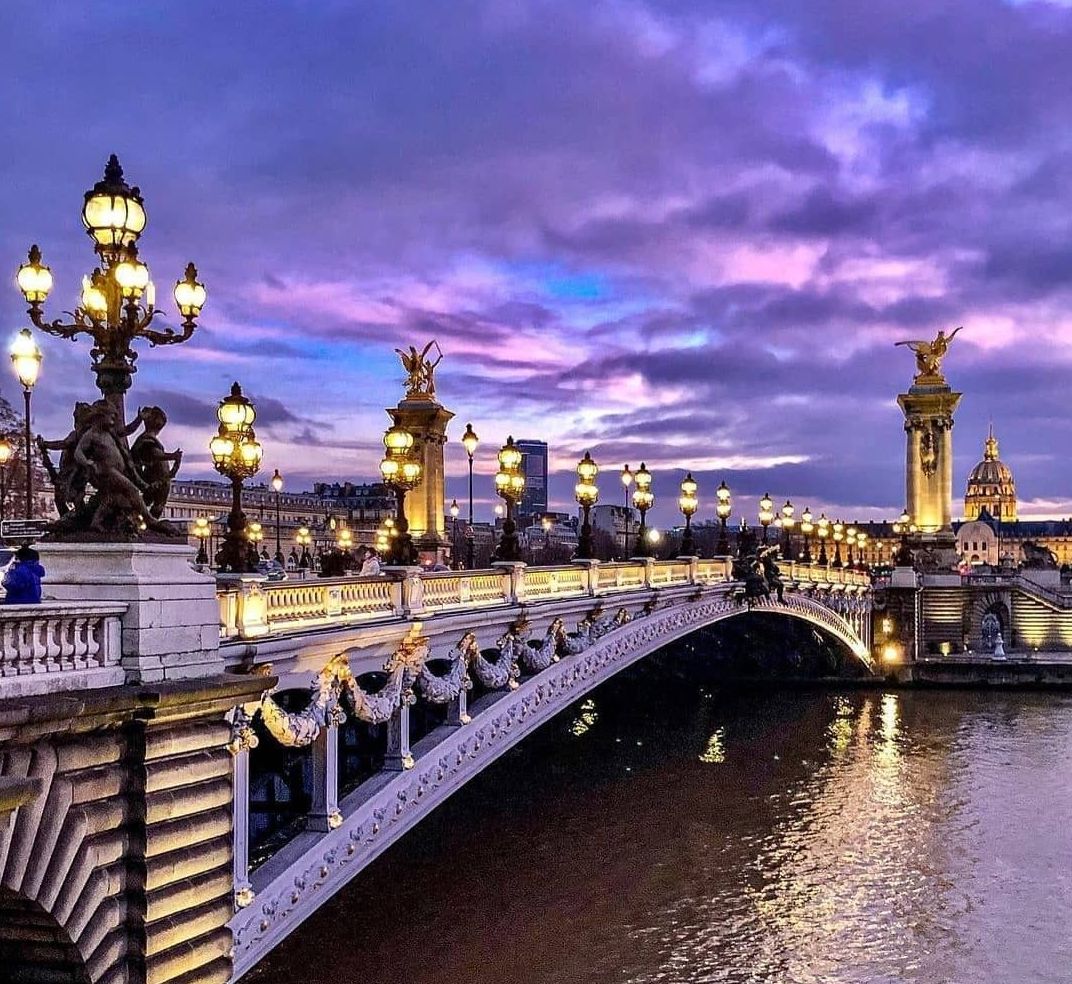 Hopping La Seine. No fewer than 37 ponts (bridges) span Paris’ river Seine, linking its left and right banks. As integral to the City of Light’s architecture as its famous sites – the Louvre, the Eiffel Tower, the Arc de Triomphe – they are also a fundamental part of life for les Parisiens, serving as both convenient passageways for traversing the capital and as scenic meeting spots.

Here, we’ve put together a short guide to Paris’ five most iconic bridges!

One of the best views of the Eiffel Tower in Paris can be found on the Pont de Bir-Hakeim, and even locals flock to this iconic bridge to admire the fireworks and light shows that are occasionally staged from the Tower.

This bridge is also a monument unto itself: over 800 feet long and supported by elegant columns that offer a striking perspective, it is easy to see why it is a favorite of visitors – especially photographers. Its remarkable double-decker construction (with the metro riding on top and cars, bicycles and pedestrians below!) also make it particularly invaluable to transport in the city.

Famous for being Paris’ lowest bridge, les Invalides caused quite a stir when it sank by quite more than a few inches in the late 19th century. Thankfully, it has since been reinforced, so you should have no qualms about traversing it, even in a large group.

This beautiful, iconic bridge spans 500 feet between the Seine’s banks, boasting wide arches that give it an elegantly imposing structure. It is also lined with myriad sculptures, the most famous being the twin statues” Land Victory” and “Sea Victory” (the latter is a realization of Georges Diebolt, who crafted several other statues for the city of Paris, including those featured on another one of Paris’ most iconic bridges – the Pont de L’Alma).

Speaking of which… A relatively recent addition, Pont de l’Alma was built during the 19th century to commemorate a decisive battle of the Crimean War, and this martial significance is evident given the sculptures that line it – the most famous of which is dubbed “Le Zouave” – an homage to the Northern African battalion that aided the French victory.

Today, Le Zouave is informally used to measure the ebb and rise of the Seine: when the water reaches the statue’s feet, the river banks are usually closed; once it reaches the statue’s thighs, the river itself is barred from use, due to risks from the strong current (the highest recorded level was in 1910, when the statue was submerged up to its shoulders – a moment that is still remembered in the history of Paris’ most iconic bridges!).

Arguably the most iconic of Paris’ bridges, Alexandre III is without a doubt its largest –  a direct continuation of les Champs-Élysées, it is just over 500 feet long and 150 feet wide.

And this bridge’s impressive size pales in comparison to its artistic value: 14 bronze candelabras and dozens of sculptures decorate the Alexandre III, and its ends are marked by four massive columns, each of which support a golden statue of Renommées (Phemes), the winged personification of fame and renown in Ancient Greece.

One of Paris’ most recognizable landmarks, Pont Alexandre III has been featured in numerous film and has even hosted nightclubs and art galleries at its base!

Pont-Neuf is Paris’ most ironic walkway, given its name directly translates to “New Bridge” but is in actuality Paris’ oldest stone bridge! Its title instead comes from the fact that it was the first of its kind to be built lined with walkable sidewalks, rather than livable buildings. Merchants used to set up their wares on this iconic bridge, which served as a form of outdoor market for decades, before the practice was banned to support shops in the area.

Pont-Neuf is also the first bridge to cross the entire river Seine! It presents an especially remarkable perspective when viewed from downstream: like a rock, it seems to whimsically skip from one shore to the other, with a quick stop on the Île de la Cité in between.

Read Next: 10 Fun Facts About the Eiffel Tower