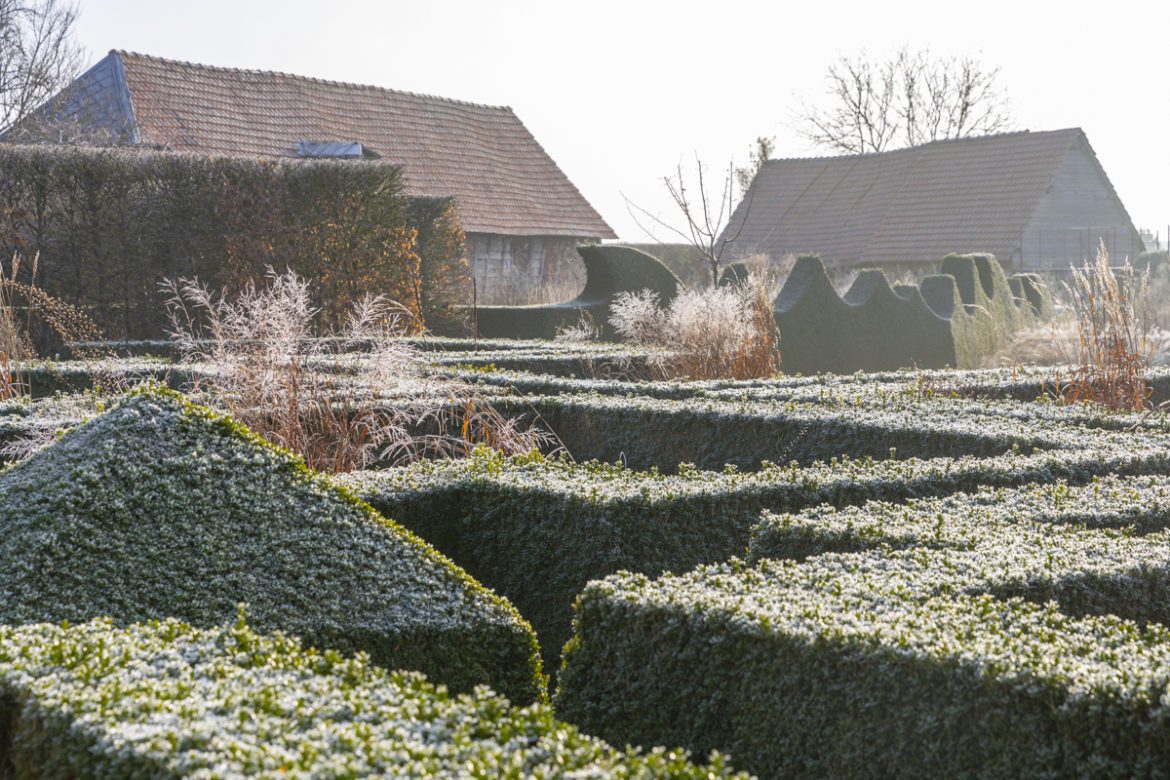 Jardin Plume (Feather Garden) wears its name well. A bucolic haven tucked away in Auzouville-sur-Ry – a small village east of Rouen – from the outside, its intricate and sophisticated design appears to be as light and carefree as the touch of a feather.

A favorite French destination among the green-thumbed far and wide, it was created in the mid 1990s by horticultural fanatics Sylvie and Patrick Quibel, who had one goal in mind: to create a garden that would be open to the public.

The space, an old farm they purchased, was made up of an open pasture and an orchard — the perfect blank canvas on which to design their fantasy garden. They drew a grid pattern representing future chambers of colorful flowers, potagers and blocks of swaying grasses to create the “Flower,” “Summer,” “Autumn” and “Feather” gardens, as well as the orchard. Patrick and Sylvie achieved their objective and beyond; today, Jardin Plume is one of the country’s most treasured destinations.

Conceived as an invitation to explore, Plume’s magic starts from the moment you enter… particularly special in the colder months, when its myriad details are covered with a light frost or snow.

To read (and see) more of Jardin Plume, don’t miss out on the full feature in our Nov/Dec 21 issue – get your copy here!

Inside The November/December 21 Issue

The Beauty of the Château & Jardins de...