The History of Toile de Jouy 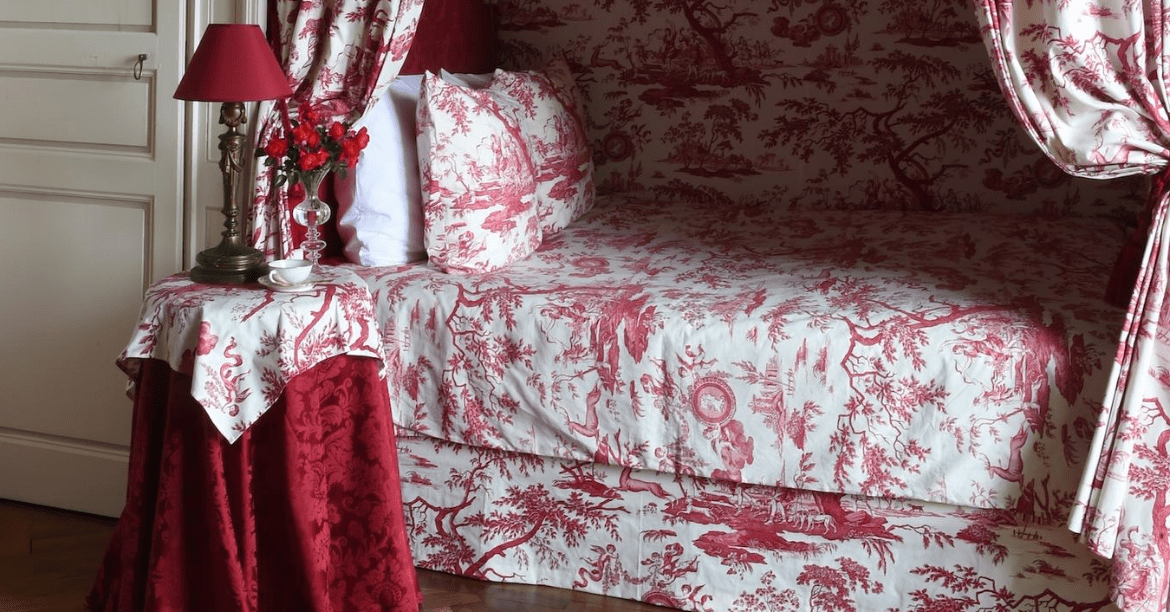 Literally translating to “cloth from Jouy” (a little town near Versailles), this famous, pretty printed fabric is an important part of French history and savoir-faire. Although it actually originated from Ireland, thanks to a lifetime of dedicated work by Franco-German artisan Christophe-Philippe Oberkampf and his factory in Jouy-en-Josas, it became synonymous with French style and, centuries later, continues to be loved and used in the interior design and fashion worlds.

Read on to discover the fascinating history of toile de Jouy and recreate the look in your own home.

After the launch of the East India Company in the early 1600s, heavily imported Indian cotton became the fabric of choice. Unlike the commonly-used fabrics up until then – silk, linen and wool – it was hard-wearing, inexpensive and easy to wash. It soon became a threat to the local textile industries, so much so that several European countries imposed a cotton ban in 1686, although this did little to curb the people’s desire for it.

As mentioned, we have a skilled artisan named Christophe-Philippe Oberkampf to thank for the toile de Jouy legacy. When France lifted their ban on cotton in 1759, Oberkampf – who was working in his family’s dying company – capitalized on his sought-after skills of coloring and engraving cotton by opening his own factory in Jouy-en-Josas, a location he chose for its proximity to the Bièvre river, where fabric could be easily washed.

Traditionally, toile de Jouy is a decorative pattern that features a repeated pastoral scene – such as a flower motif or a couple picnicking by a lake – printed in a single color (usually blue, black or red) on a white background.

Oberkampf was hugely influenced by Rococo art, and with the help of the prolific designer Jean-Baptiste Huet, his factory created more than 30,000 patterns during his lifetime. Even famous contemporary artists such as Fragonard were commissioned to create designs for the collection. This sheer variety would cement Oberkampf’s factory in history as one of the most famous and important of its time.

Along with idyllic, romantic landscape scenes, toile patterns were also used to tell a story. Some referenced tales of European mythology and others mirrored major events of the time. For example, one early Huet print, “La Ballon de Gonesse,” depicts Jacques Charles and Nicolas Marie-Noel Robert in a hot air balloon over the Tuileries Gardens – a sly way to highlight France’s scientific advancements. For the printing process, vignettes were originally carved on woodblocks, and after 1770, engraved on copper plates. 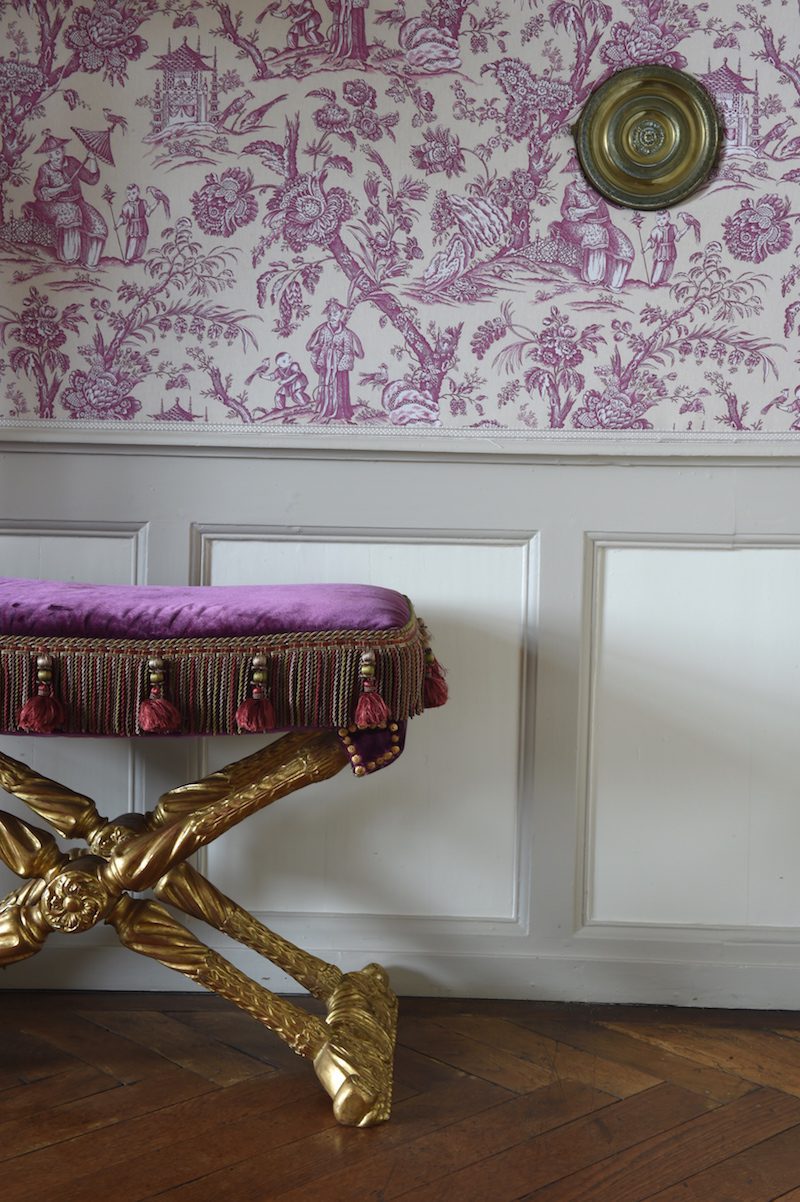 The Rise to Fame

In the late 18th-century, toile de Jouy was the official fashionable choice for clothing and interiors. Even Marie-Antoinette, the fashionista queen herself, visited Oberkampf’s factory in 1781. As the popularity of toile de Jouy grew, other printing companies in France, England and the US followed suit. Since no copyright protected Oberkampf’s designs, patterns were copied and became even more widespread and were printed on everything from china to wallpaper.

The classic French aesthetic carried weight throughout the following decades, experiencing a few notable resurgences. Toile de Jouy was extremely popular in the US during the Colonial Era and again in the 1970s, when it was a commonly-desired shirt pattern. The year 2000 saw it back in vogue yet again.

Today, toile de Jouy patterns continue to take inspiration from the French design, but patterns have expanded from pastoral to the more exotic, featuring all different kinds of prints, such as animals, plants and celestial patterns. It recently came back in a big way in contemporary interiors and fashion, notably influencing the 2019 summer and cruise collections of Dior, Chloé and Oscar de la Renta.

While fashion might keep the traditional cool and demure blue, interior design leans towards the minimalist trend with bigger and bolder colors and prints dominating walls. Designs are still monochrome but can be found in a broad range of colors like purple, magenta, green, brown and even beige or gray. Although most often associated with fabrics such as curtains and upholstery, toile de Jouy can now be found on anything, from teapots to aprons to bedding.

Embrace the trend and go classic French in your own home with some of our favorite toile de Jouy items below! 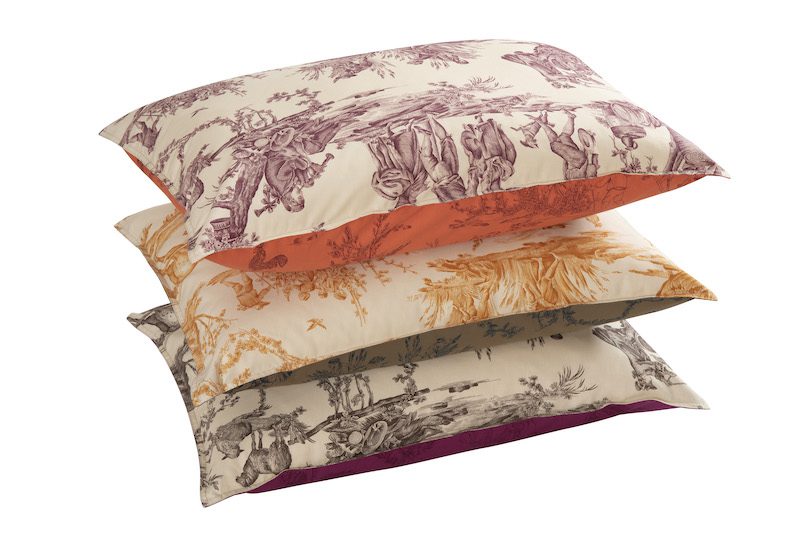 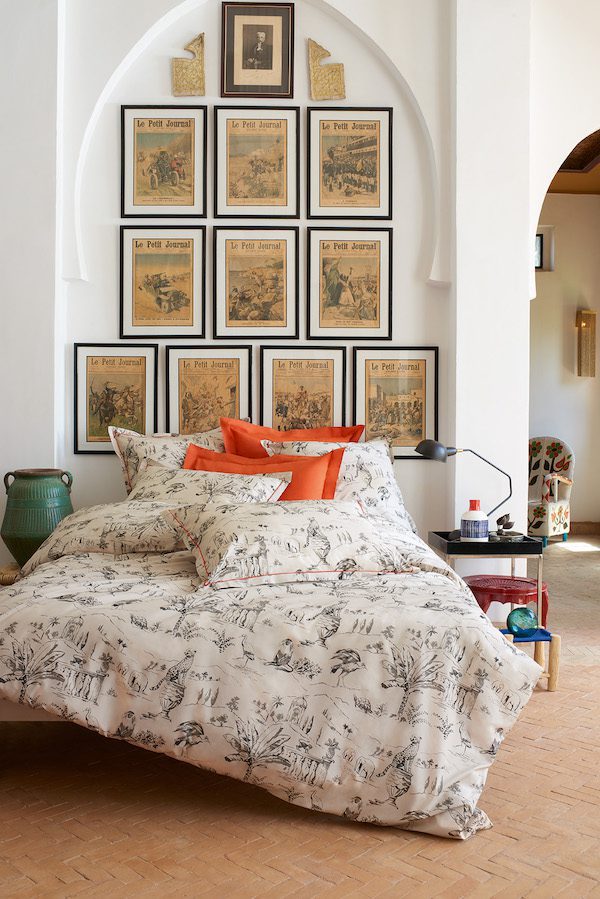 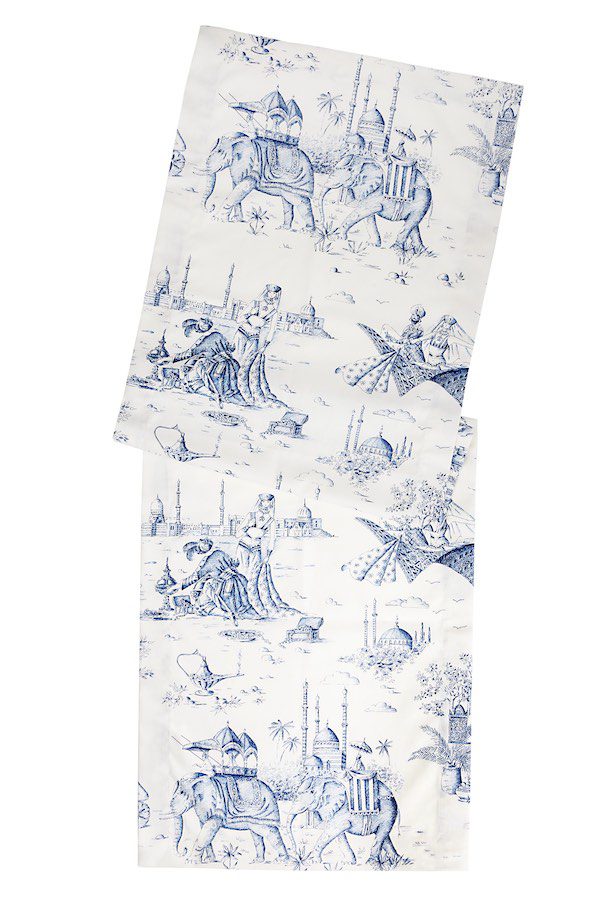 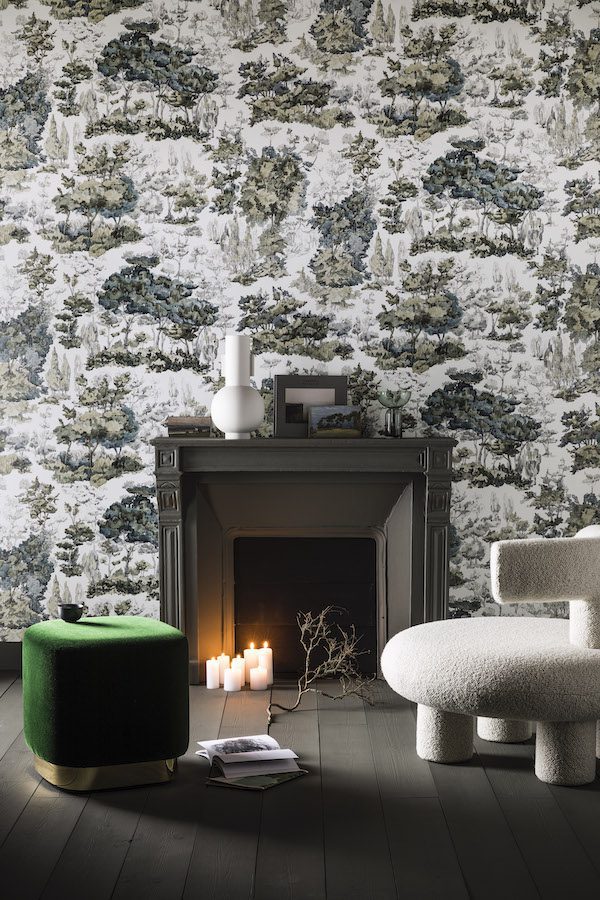 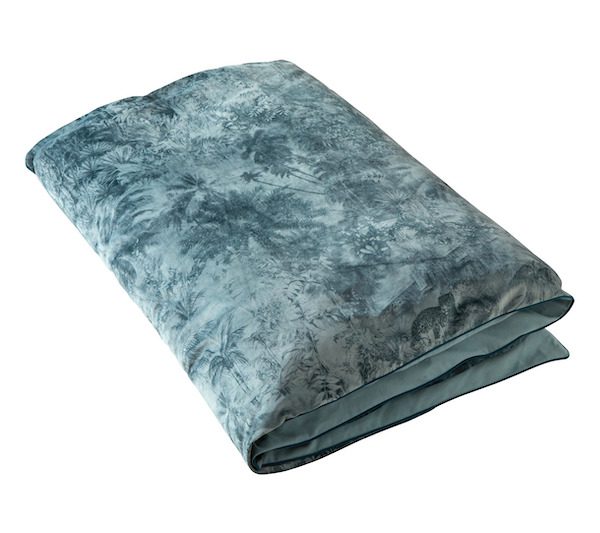 The New Parisienne: An Interview with Lindsey Tramuta