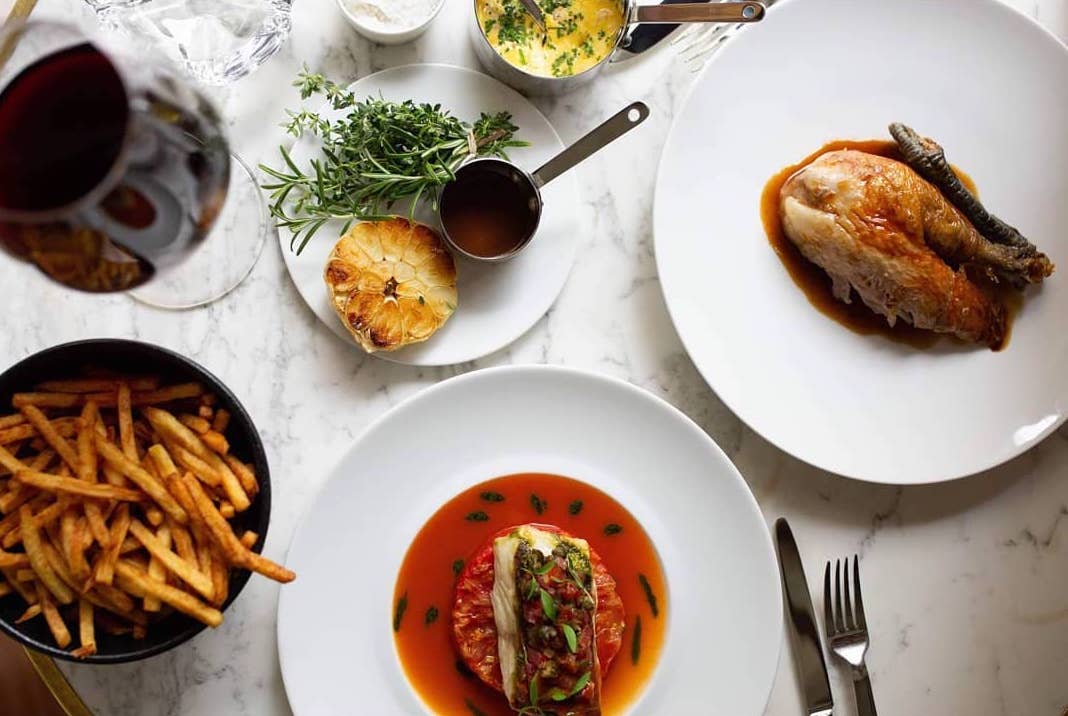 For more than a century, the first floor of Paris’ famous restaurant Drouant has hosted one of France’s most anticipated events: the deliberations for the prestigious Prix Goncourt.

Below, accompany us for a peek through the lock…

The Prix Goncourt was created in 1862 by two brothers: Edmond and Jules de Goncourt. It was originally envisioned as a live-long stipend given out to 10 new authors every year. At the time, the sum would have been sufficient to entirely support a writer and his family, allowing him (the competition regrettably was, and in large part still is, rather sexist) to “vivre de sa plume” (“live from his writing”).

The competition has evolved since – only one author is rewarded, and the money is symbolic: the winner receives a 10 euro check, which most recipients frame, rather than cash in. The Prix Goncourt’s popularity, however, has grown immensely; winning it guarantees strong enough book sales that the livable cash prize isn’t missed.

Variations around the Prix Goncourt have been created, for example, a competition exclusively for teenage writers, as well as international versions. There is one feature of Goncourt that has been remarkably persistent, however: the place, time and format of the jury’s final deliberations: the famous restaurant Drouant in Paris’ 2d arrondissement.

The competition’s jury is called l’Académie Goncourt, which is made up of 10 renowned writers (often former Goncourt laureates) who are responsible for reading and ranking a whopping average of 400 books every year! The job – which doesn’t pay and was previously held for life (since 2008, judges step down on their 80th birthday) – provides two considerable perks: prestige… and a monthly free meal at Drouant!

At lunchtime, on the first Tuesday of every month since 1914, Drouant reserves a ground-floor salon exclusively for the academy, with tables laid our with their finest wares, including vermeil-covered cutlery and plates embossed with members’ names.

Service for these luncheons, while of the utmost quality on any day, must also be of the highest discretion (any leaking of the academy’s discussions would be invaluable information in any publishing circle). Drouant’s wait staff therefore goes through a rigorous selection process, with only the most trustworthy of servers allowed to work in le Salon Goncourt.

Such precautions may seem excessive, but they are not unwarranted –  in 1983, a newspaper journalist eavesdropped on the conversation by installing microphones under the dining table! Since then, the salon changes every month and is randomly selected!

Unsurprisingly, the food at Drouant is spectacular, and the restaurant’s history has seen several Michelin stars. A typical lunch menu may start with caviar from the Caspian Sea, followed by a delicious duo de foie gras (half-cooked, half-uncooked) before the more substantial lobster fricassée and stuffed and roasted partridges. It is many a Parisian’s favorite.

If you still have room after so much of a feast, their classic dessert is poire feuillantine. With such a menu, it’s a legitimate question as to which is the most daunting task: reading 400 books in a year, or eating at Drouant once a month.

Read Next: A Thanksgiving Tablescape