Both envied and praised, French culture is emulated in different ways throughout the entire world. Unique and complex, this strong national identity is made up of excellence in gastronomy, perspective-changing artistic movements, a politically-engaged and passionate nation and much more.

Except for packing a bag and spending some time in France, the best way to understand this national fabric is through reading. Books help us get to the core of French culture, whether fiction or non-fiction throughout several centuries of history. We’ve selected these contemporary books about French culture to identify what makes the French who they are, now.

Read on for our best books on French culture, sure to fascinate ardent Francophiles.

My Twenty-five Years in Provence: Reflections on Then and Now in Provence
by Peter Mayle 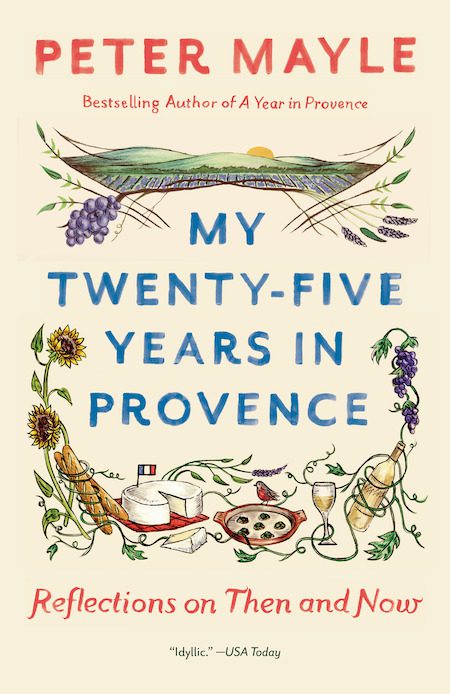 After inspiring thousands of foreigners to up sticks and experience the Provençal life with his seminal novel A Year in Provence, Peter Mayle returns with another memoire-style book that looks back on his time in his adoptive home and how things have changed since. Part diary, part travel guide, Mayle’s life in Provence is an authentic narration of French culture that will charm and delight. 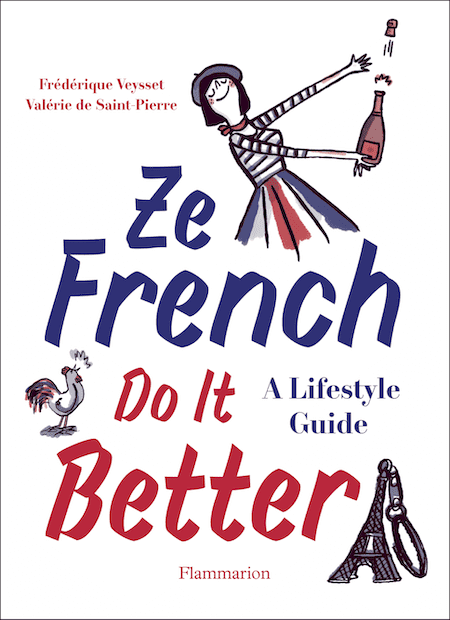 If you want to get into the French people types and get some takeaways of how to bring some more “Frenchness” into your own life, this is the book for you.

Impeccably dressed, well-behaved children, steadfastly slim and soufflés that never sink… How do the French do it?! Breaking down the long-standing enigma into various tribes (Classic Frenchy, Aristo Chic, Vintage Bourgeois, Eco-warrior etc.) this is a lighthearted and tongue-in-cheek read on French culture and how to live life to the fullest – à la française !

Older but Better, but Older: The Parisian Art of Growing Up
by Caroline de Maigret, Audrey Diwan and Sophie Mas Written by Caroline de Maigret and Sophie Mas, this bestselling title How to Be Parisian is an entertaining, slightly mocking read about what makes up the Parisian DNA. From seduction to pastimes to cooking, the three co-authors paint a palpable image of that nonchalant, care-free esprit that is the Parisian woman.

And if you read and liked this, then their latest title is sure to please you too. Older but Better, but Older: The Parisian Art of Growing Up is a fun sequel about aging the French way. The women narrate the transition from mademoiselle to madame, from love and work to fashion and beauty. Bohemian and mischievous lifestyle guides that you’ll eat up.

The Bonjour Effect: The Secret Codes of French Conversation Revealed by Julie Barlow 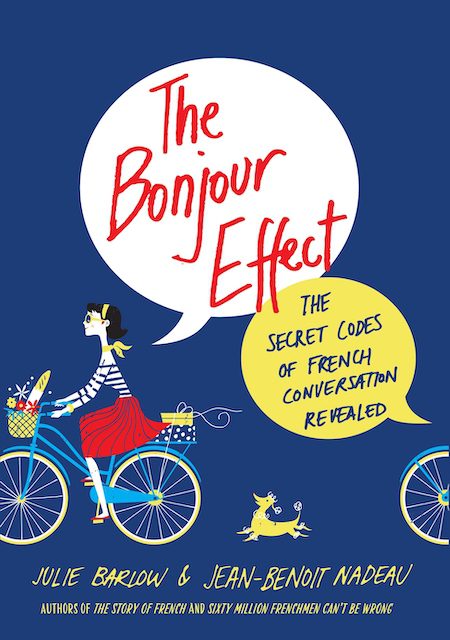 Nothing highlights cultural differences than being in a bicultural relationship. Amongst many differences, one of the most important is how the French go about conversation. Let’s just say that the notion of  “small talk” doesn’t really exist…

The Bonjour Effect: The Secret Codes of French Conversation Revealed is the work of Jean-Benoît Nadeau and Julie Barlow – a bicultural couple who spent a decade traveling back and forth to Paris as well as living there. Despite being fluent they found they continued to struggle in aspects of communication. Determined to crack this culture code, The Bonjour Effect is the fruit of their long labor.

French politics, the education system, money and old acquaintances… The French don’t communicate, they converse about subjects dear to the French culture. A fascinating book detailing the lessons the pair learned during their time and how you too can master the art of French conversation, and in turn, understand a bit more about French culture itself.

Puligny-Montrachet : Journal of a Village in Burgundy
by Simon Loftus 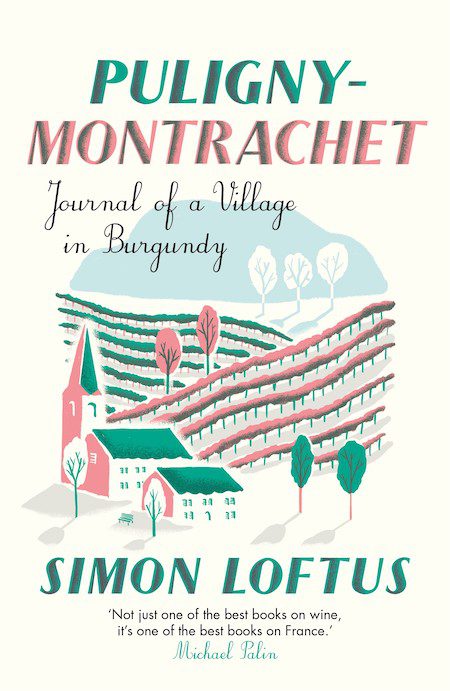 No one could talk about French culture without talking about wine and the essential part that it plays. While the little Burgundy village of Puligny-Montrachet is famed for its world-class crus, little is known about the place itself. Vinophile, restaurateur and author, Simon Loftus, recounts the heart of the village, the rituals that encompass the wine-making profession and the people that color the town itself. A unique snapshot of life in rural France and a beautiful investigation into the most honest and simple parts of French culture.

Monsieur Mediocre: One American Learns the High Art of Being Everyday French
by John von Sothen 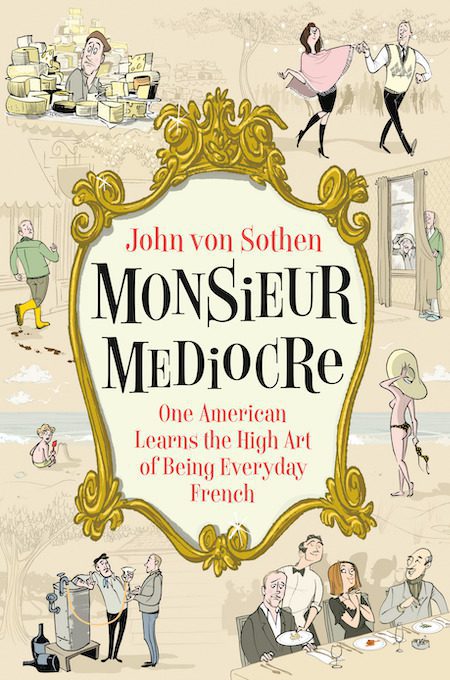 After falling in love with his mother’s recollections of Paris, John von Sothen grew up, fell in love with a Frenchwoman, and moved to the City of Light himself. Fifteen years on, he is ready to admit those tales were a fantasy and recites the amusing reality in this series of hilarious essays. In highlighting the absurdities and mind-boggling rituals of the city, the GQ and Vanity Fair writer pens his own love letter to Paris. A great book about French culture for Francophiles.

My Life in France
by Julia Child 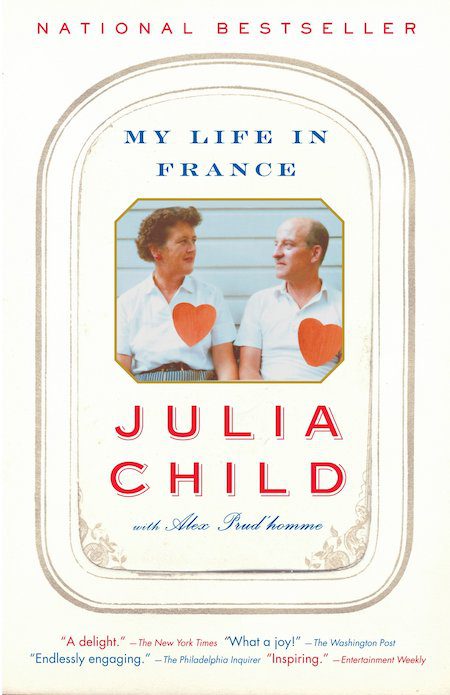 Arriving in Le Havre port in 1948, Julia Child had come to France to accompany her husband Paul, who was working for the United States Information Service (USIS). Tasting real French food for the first time ignited a passion inside of her, and she enrolled in the famous Cordon Bleu cooking school. From learning old-age kitchen techniques to talking to market vendors and mastering the complex culinary language, this memoire shows how Julia Child took on the French culture and became an icon of its food heritage. A wonderful read.

Do you have any other books on French culture that we should include? Let us know in the comments below!

5 of the Best Florists In Paris