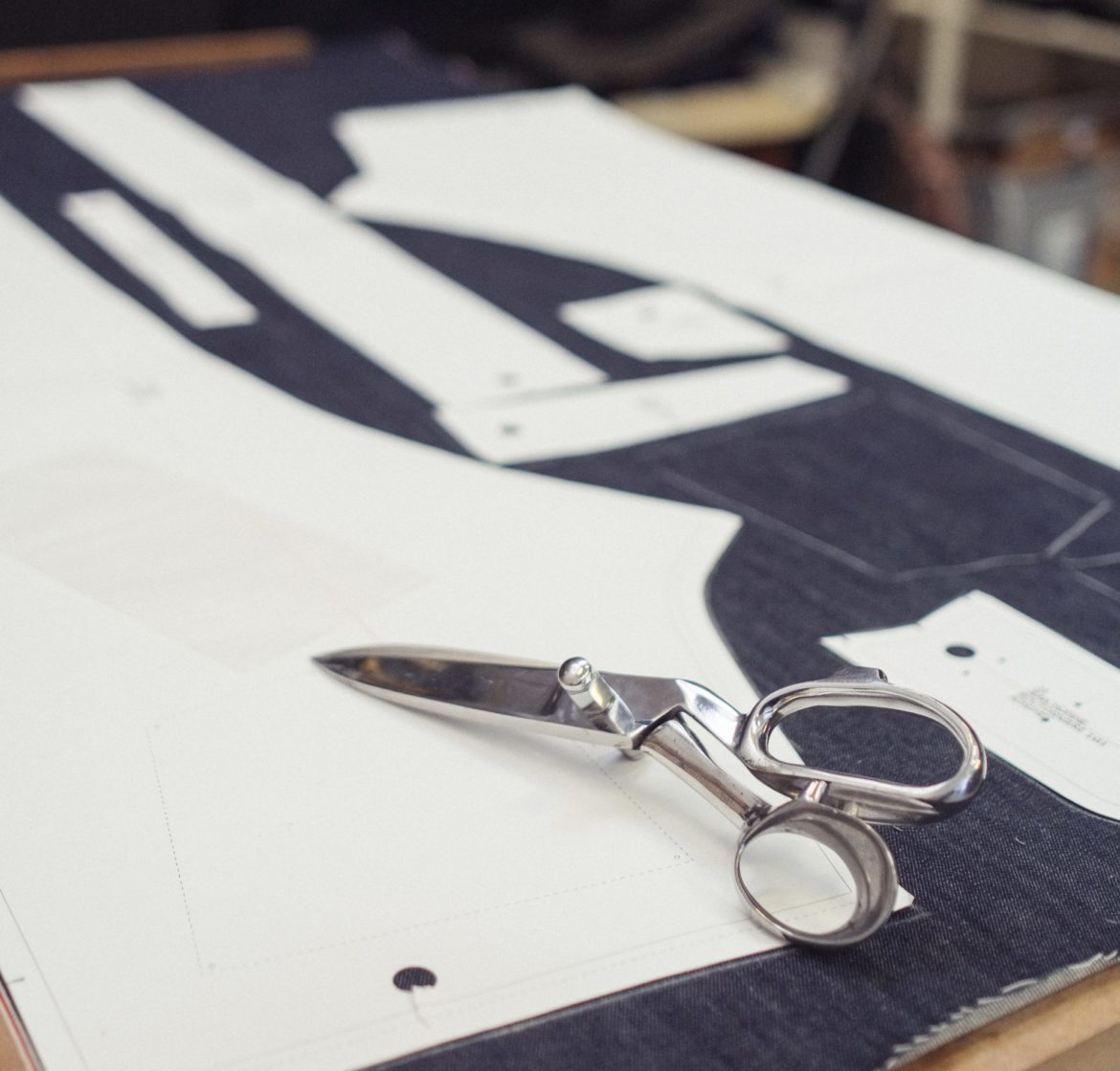 To many, the invention of denim and the American brand Levi Strauss & Co are one of the same, but there is an untold tale to this textile – one that begins in France. Below, read up on the history of denim along with photos from Les Ateliers de Nîmes, a denim brand that makes modern clothing with traditional weaving techniques.

In the heart of the sun-drenched town of Nîmes sits a private mansion with a wrought-iron ramp that used to bear a coat of arms with the initials: JA. Although the letters have long been torn off, the legacy of 17th-century industrialist Joseph André, who brought the city international fame as a silk trade pioneer and creator of Serge de Nîmes (the French term from which the word denim is thought to derive) – remains.

First worn and popularized in mainstream culture by American icons such as James Dean and Marlon Brando, much of the world associates the invention of denim with the US. However, it was the weavers of Nîmes in France who first created this sturdy fabric – albeit by accident! It would be a mishap that would change workwear, then fashion, for centuries to come.

They were striving to replicate jeane – a hard-wearing cotton corduroy being crafted in Genoa, Italy in the 16th century. While attempting to reverse-engineer this in-demand cloth, the weavers of Nîmes eventually ended up creating an even more durable material: denim.

To make this cotton twill textile, a horizontal weft thread was passed under at least two vertical warp yarns. These warp yarns were later dyed in indigo, while the weft thread remained white. This process, still in use today, is what gives denim the iconic characteristic of being blue on one side and white on the other.

Over the years, this technique for making denim became codified, and the textile came to be referred to after its town of origin: Serge de Nîmes (twill from Nîmes) or Bleu de Nîmes (blue from Nîmes).

How denim spread throughout France – and eventually Europe and the rest of the world – is a matter of debate. The most common theory is that many of the weavers were French Protestants, forced to flee during the religious conflicts of the 16th and 17th centuries. Many settled in foreign countries and resumed the trade; some even crossed the Atlantic.

From here, the history of denim blends into its most popular incarnation: blue jeans – born from a partnership between a tailor named Jacob Davis and the owner of a wholesale textile house, Levi Strauss.

Davis, who would come to be credited as the inventor of blue jeans, emigrated from Europe to America and ettled with his wife and children in Reno, Nevada. There, he opened a tailor shop and began producing hard-wearing outdoor goods such as horse blankets, wagon covers and tents.

Levi Strauss was a German national who came to San Francisco, California during the 1853 Gold Rush to expand his family’s business. The company specialized in importing fine dry goods, clothing and textiles – among which was denim, direct from France. Making the most of the “gold fever” prosperity sweeping the country, Strauss opened a store on Sacramento Street. Soon after, a Reno-based tailor became one of its regular customers…

At that point, Davis was working with mining companies who were in need of hard-wearing trousers that could withstand harsh conditions for their workers. In Strauss’s imported denim, he found the ideal material. In 1872, Davis and Strauss founded a partnership that would give birth to a legendary fashion style.

Previously a workman’s cloth, denim entered into mainstream culture in the 1950s, and today, you would be hard-pressed to find a more widely recognizable fabric.

Jeans have been tightly woven into the fashion canon ever since. Anthony Dubos and Guillaume Sagot opened Les Ateliers de Nîmes in the center of the old town a few years ago. Inspired by the history of denim’s birthplace, the pair designs and makes modern clothing with traditional weaving techniques, bringing the story full circle.

The history of denim is like many cultural icons: it is global, took complex routes, relied on many ingenuities and began with a certain je ne sais quoi.