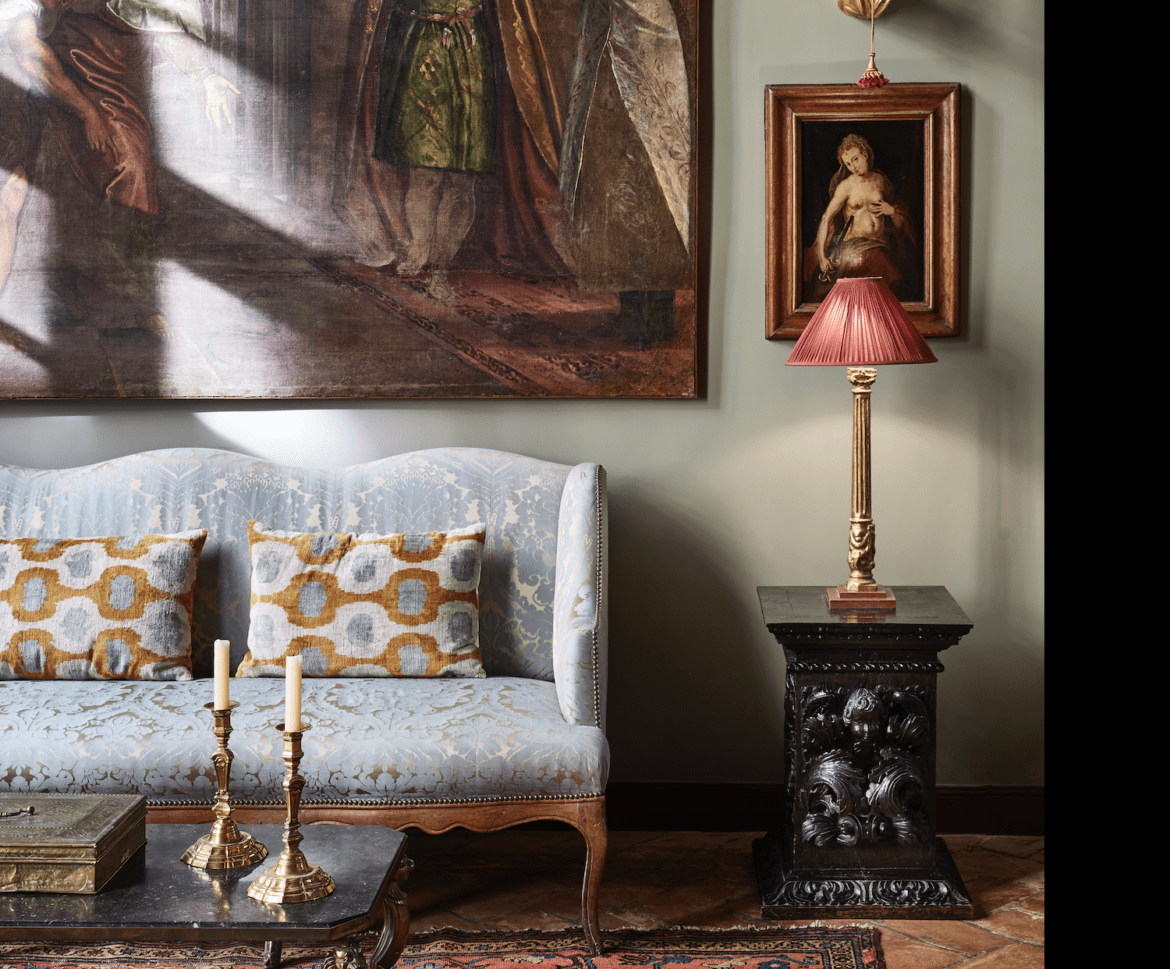 It is no secret that French culture values art in the highest esteem – this can be seen from what they wear to how they present their meals to the settings they surround themselves. With numerous prestigious schools, universities and trade shows dedicated to the subject, France is in the spotlight of the design industry, producing many of the most celebrated interior designers to have dominated the world stage. Whether residential, commercial or hospitality, they bring that certain elegance to their projects that only the French seem to mater.

Below, meet five of our favorite French interiors designers!

One of the most renowned French interior designers in the world. Pierre Yovanovitch, who has both an atelier in Paris and an office in New York, has a globally acclaimed signature aesthetic that is instantly recognizable. A master of scale, he plays with oversized volumes and strict lines, blending impressive architectural elements, authentic materials, lighting, high art and vintage furniture to create interiors that are luxurious and refined yet unpretentious. His international projects range from Central Park penthouses to five-star Parisian hotels to 17th-century Provençal châteaux, and he doesn’t stop there. His latest endeavor just launched – Pierre Yovanovitch Mobilier, a brand that offers luxury made-to-measure furniture and lighting championing superior craftsmanship and the finest materials.

Paris-based French interior designer François Catroux first stepped into the limelight when he made the capital his home in the mid-1960s. He is known as one of the best in the business in the world of interior design and architecture, heralded for his impressive works on old, crumbling interiors and his innate ability to seamlessly apply his modern touch around existing antiques. His works are sophisticated but also practical and, above all, elegant. A master of reinvention, François is an undeniable reference for French interior design who never ceases to inspire in new ways.

Gilles Boissier is a design agency made up of Patrick Gilles and Dorothée Boissier, two French interior designers that are linked in both business and life. Their goal is to represent French art de vivre through their creative projects, which include restaurants, hotels and sophisticated fashion stores around the world. And they succeed – just ask the renowned Four Seasons, Moncler or the Mandarin Oriental, whose design dreams they helped bring to life in the most stunning of ways. Their style is a mix of classic and contemporary, and they favor neutral color palettes. From concept to creation – each fabric, material, piece of furniture, decorative object and detail is carefully thought out, planned and executed to perfection.

A bit of a rebel in the interior design world, Philippe Starck is as much an artist as he is an interior designer. A self-proclaimed creator of unconventional places and objects, Philippe attests his work’s purpose is “to be good before being beautiful.” His aim is to improve the lives of all who come in contact with his designs, and he succeeds – whether hotels, restaurants or space modules, Philippe’s ingenious interiors are awe-inspiring and reflect his deep understanding of sense of space within a given environment. Ever in high demand, he was even chosen to refurbish the French president’s private apartments at the Élysée.

For John and Florent, reinventing the past is a source of endless fascination and excitement. Passionate about history, travel, design, architecture and antiques, the two forged a partnership in 2004 that later evolved into their interior design company, CM Studio Paris — a world away from their previous careers in finance. The studio marries John’s classical vision with Florent’s contemporary eye; together they’ve crafted a signature aesthetic that known for harmoniously linking the interior and exterior of a space. You may remember one of their most stunning works, Maison Sémonville, the cover star of our January/February 21 issue!

How To Decorate with Porcelain

How to Clean Copper Pans

At Home with Designer Jacqueline Morabito