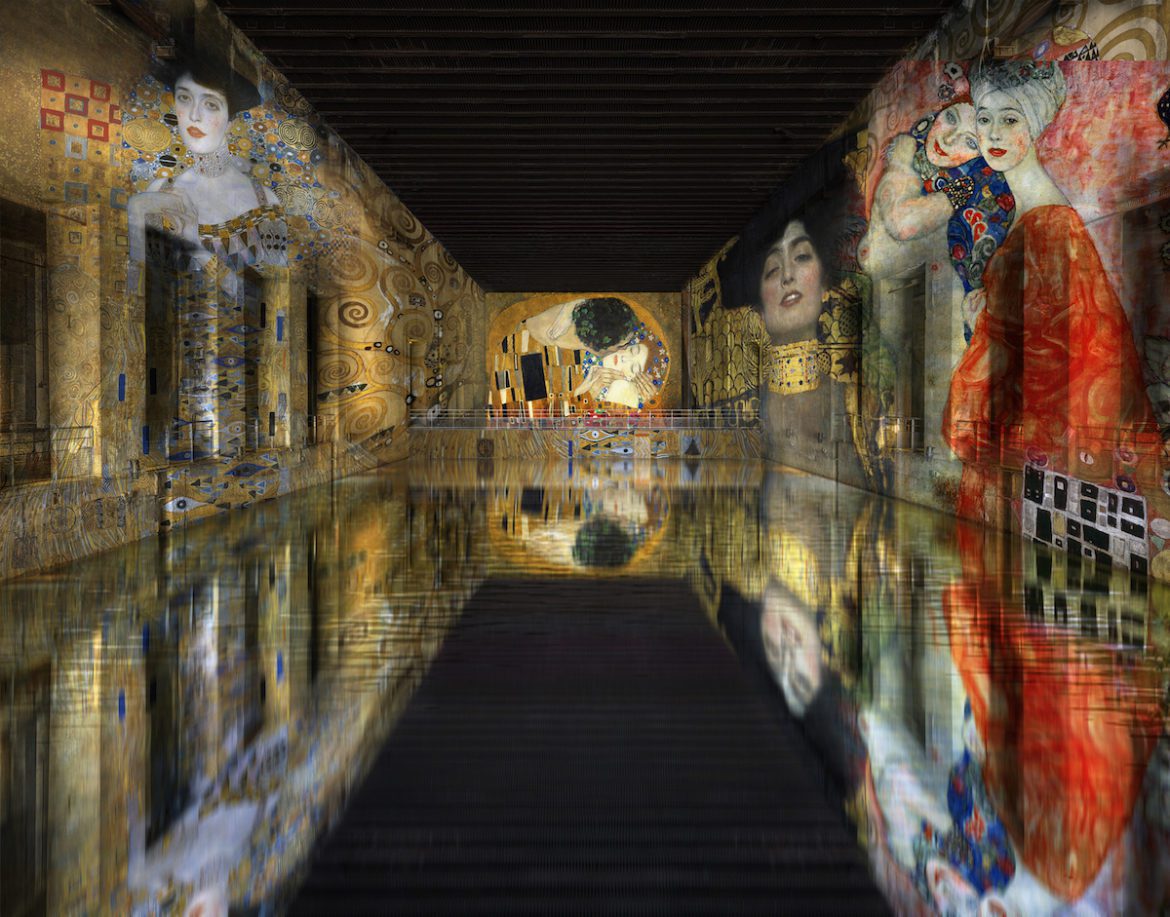 Bordeaux’s Submarine Base was one of five built by the Germans on the Atlantic coast during WWII. The immense concrete structure – which spans a whopping 140,000 square feet – comprises 11 units and four main chambers centered around 40-foot deepwater basins (used to house Nazi submarines). 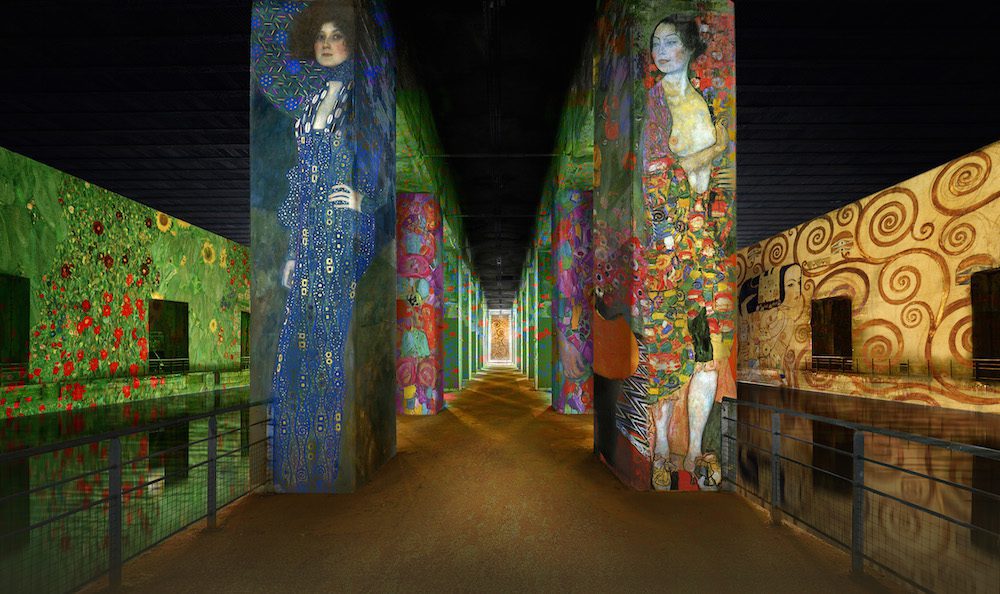 The cavernous space has been converted into a modern digital art space that is Les Bassins de Lumières, wherein large-scale projections of history’s most famous artworks reflect off its towering walls and vast basins. Ninety video projectors and 80 hidden speakers combine to provide a completely immersive audiovisual experience in the extraordinary space.

The venue’s debut exhibit – which opened to the public on June 10th – transports visitors to 19th-century Imperial Vienna and features the masterpieces of Gustav Klimt, the Austrian artist credited with leading the Vienna Secession and paving the way to modern painting. 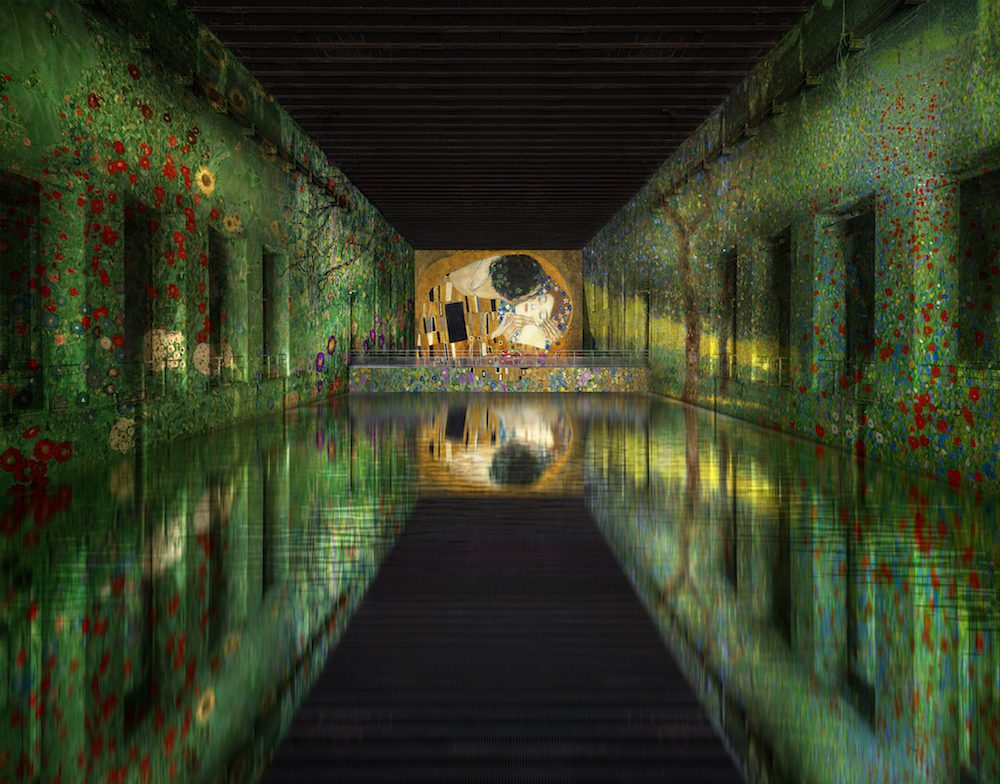 Expect to be dazzled in a sea (quite literally) of gold and silver gilded landscapes and portraits peppered with Klimt’s iconic decorative motifs; you’ll recognize some of his most revered works, including “The Kiss” and “Portrait of Adele Bloch Bauer.” Overhead, you’ll hear symphonies from history’s greatest master composers, such as Beethoven, Mahler and Wagner.

Complementing the Klimt exhibit is a smaller-scale exhibit spotlighting the German painter Paul Klee, who was renowned for his use of color, movement and abstraction. Also a musician, Klee’s exhibit is matched to tunes from “The Magic Flute,” a nod to his fascination with opera and Mozart. 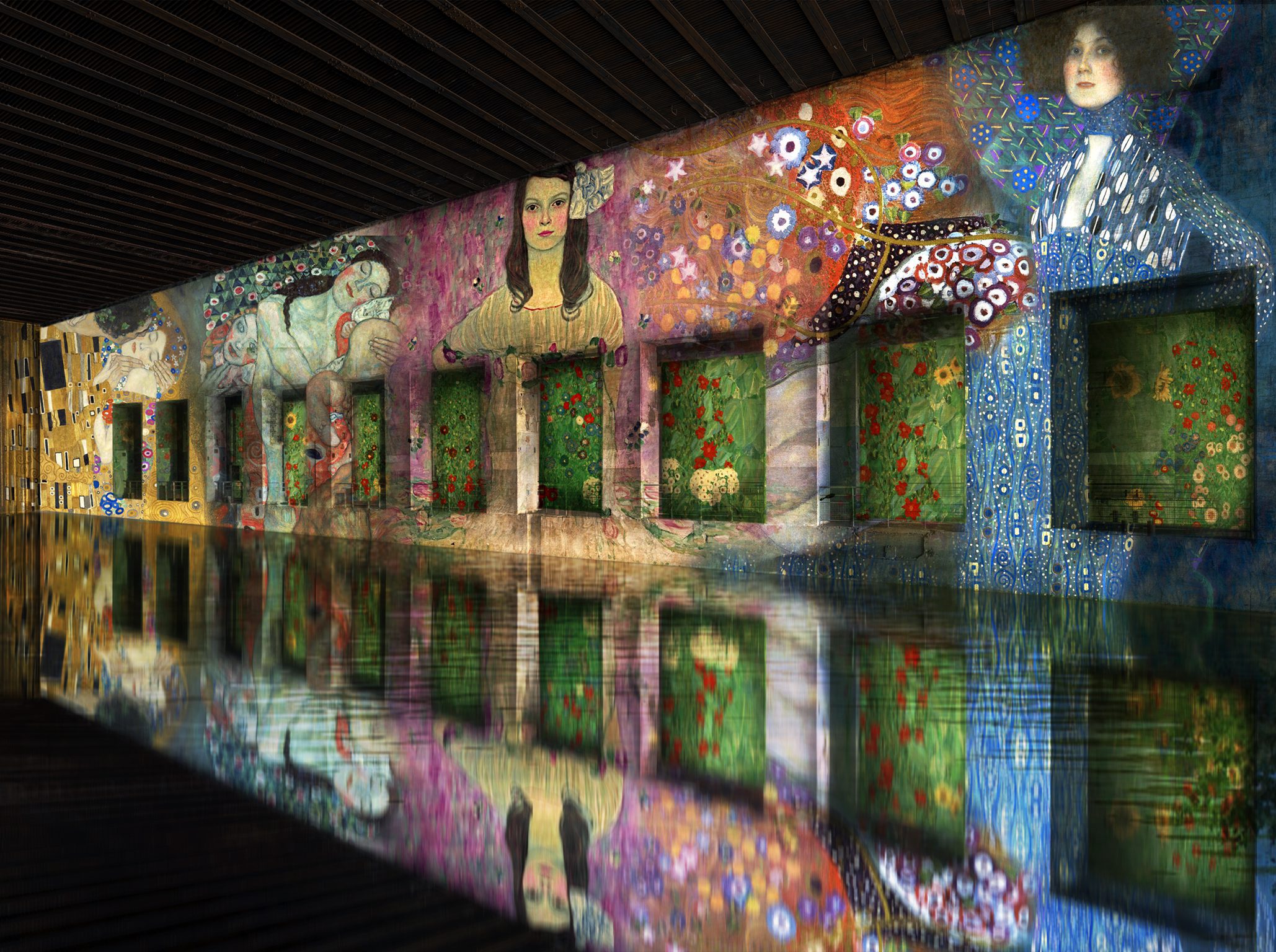 The exhibit is brought to Bordeaux by Culturespaces, the studio collective who produced the similar buzzworthy Atelier des Lumières and Carrières de Lumières in Les Baux-de-Provence.

For more tips and information about Bordeaux, make sure you purchase the July-August issue – on sale July, 1!