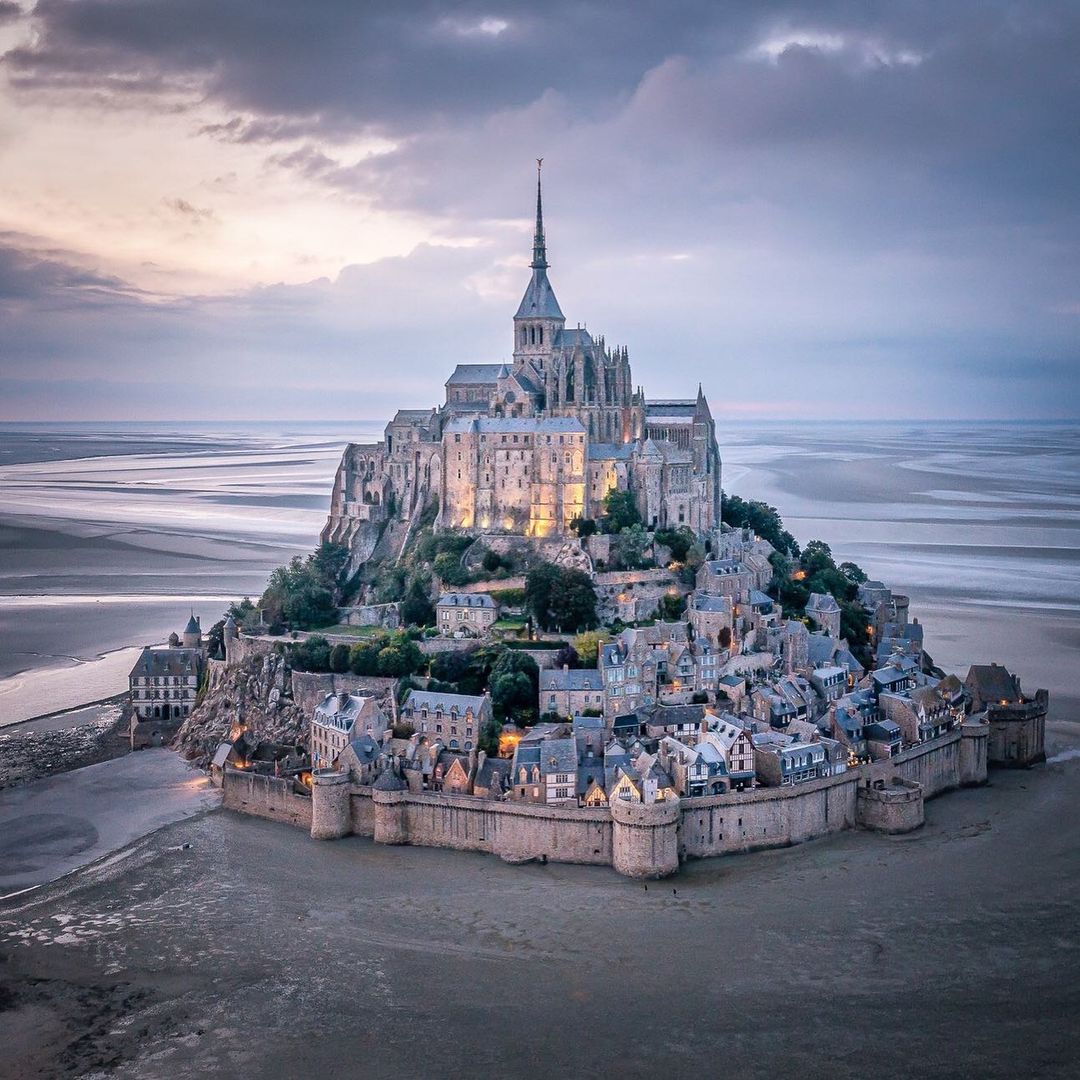 One of France’s most celebrated, beautiful and interesting sites, Le Mont-Saint-Michel, is full of well-known culture and history, yet still holds a few surprises.

Below, we’ve rounded up 10 interesting facts that you might not know about the French tidal island Mont-Saint-Michel!

It was born from a dream

According to legend, at the beginning of the 8th century, the Archangel Michael appeared to the bishop Aubert in a dream and instructed him to build a sanctuary on the rocky, inhospitable island in his honor. Understandably, it took two more alleged apparitions before the great bishop was convinced to go along with such a project.

It once had a train station

In 1901, train tracks were laid across the bay, all the way to the feet of the city’s walls. Called La ligne de Pontorson au Mont-Saint-Michel, it only had a bit more than six miles of tracks. It was regrettably dismantled during the Second World War but remains one of the most intriguing facts about Mont-Saint-Michel.

There are more businesses than inhabitants

There are about 50 shops, restaurants and hotels on Mont-Saint-Michel, catering to its millions of yearly visitors (it is the most visited site in France outside of Paris!). Interestingly, however, there are so few actual residents that, excluding hotel patrons, only around 25 people actually sleep there on any given night!

The island has the highest tides in Europe

With a difference of 50 feet between low and high tide, the bay’s waters are indeed impressive. Often described as having “the speed of a galloping horse” (alas, this isn’t quite true: the highest recorded speed for the tide is 6.1 km/h, a casual jog!), the tides are strong and dangerous. On that note…

The bay has quicksand

Each month, the tides become extreme, sometimes deadly. On a handful of days every year, the tides change so quickly that the surrounding sand becomes unstable, effectively turning into quicksand. Supposedly, the trick is to avoid struggling and let the water lift you out…

Its structure is symbolic of France’s ancient social hierarchy

On Mont-Saint-Michel, God and the clergy – represented by the abbey – are up at the top. Just below were houses belonging to the nobility along with shops. Further down, even extending outside its walls, were the homes of fishermen and peasants.

It has a hidden chapel

On one end of the island, beyond the city’s walls, lies a small 12th-century chapel. Erected in honor of Bishop Aubert, one of the city’s founders, it sits perched on a small rock just above the sea and is decidedly one of the cutest, if not the most secret, of facts about Mont-Saint-Michel.

The town was never conquered

Despite centuries of war between France and England over the Channel Sea, the Abbey has never been invaded! Being a tidal island was efficient natural protection, and its double-ended ramparts were an even more formidable defense. Two English cannons, called Les Michelettes, are proudly displayed in the town as a reminder of its invulnerability.

The Abbey had a stint as a prison

During the 18th century, Napoleon I closed the abbey and converted it into a prison for those who opposed his religious regime (it was nicknamed “Bastille des Mers” (“Bastille of the Sea)”, in reference to the famous Parisian fort during the French Revolution). Although interesting, this certainly isn’t the most pleasant of Mont-Saint-Michel’s facts.

It has a British “sibling”

Another interesting fact about Mont-Saint-Michel is that it has a twin, dubbed Saint Michael’s Mount, just across the way. Also a tidal island, although much smaller than its French counterpart, it’s located in Cornwall, southeast of England.

Read Next: A Weekend of Culture in Les Alpilles