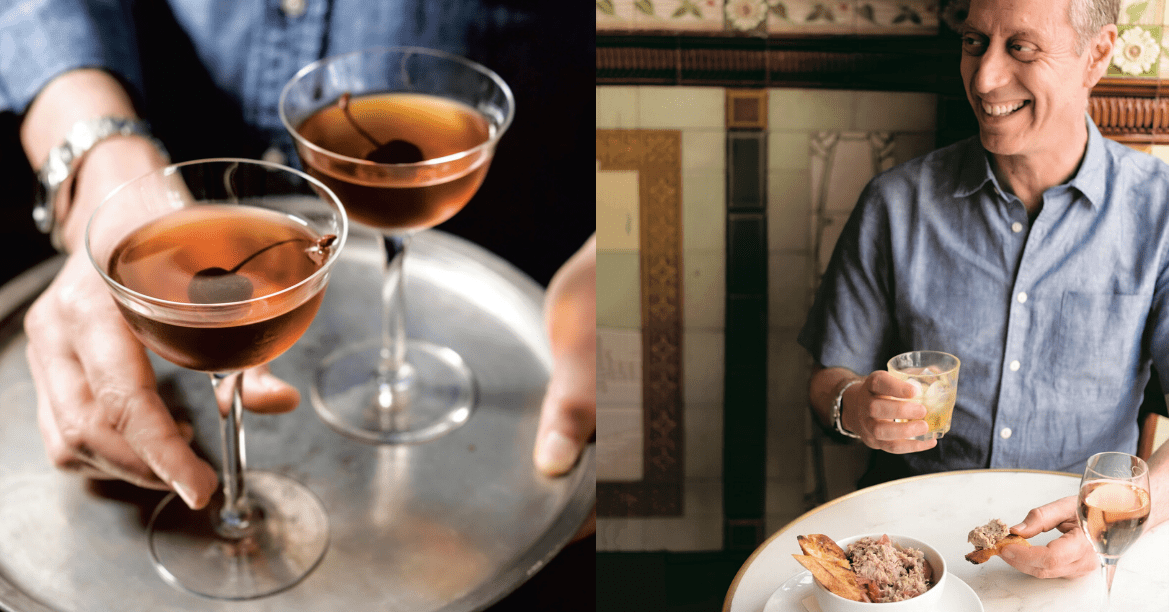 Few expats have created such a prestigious career — especially in the competitive French food industry — as David Lebovitz. Moving from the US to Paris in 2004, David has become an established member of the Parisian food community as a cook and author. We picked his brain to find out about his new book, the secret to surviving in France and what makes the perfect impromptu meal.

You’ve lived in Paris since 2004, continuing a successful pastry career started in the US. What convinced you to make the move from San Francisco to the City of Light? What did you come to learn in particular?

The climate and ingredients in France were so similar to those of the San Francisco Bay Area that it seemed like a horizontal move, and not a difficult one. However, I was so focused on the food that I didn’t count on the bureaucracy!

I quickly realized how important learning the language is when you move to a foreign country. It seems like a no-brainer, and many people get by without speaking much French, but once you understand it, you get to know the people and can better understand the culture —especially here where the French are so tied to their language! That has been the key to my success in France, in spite of many gaffes and mistakes. 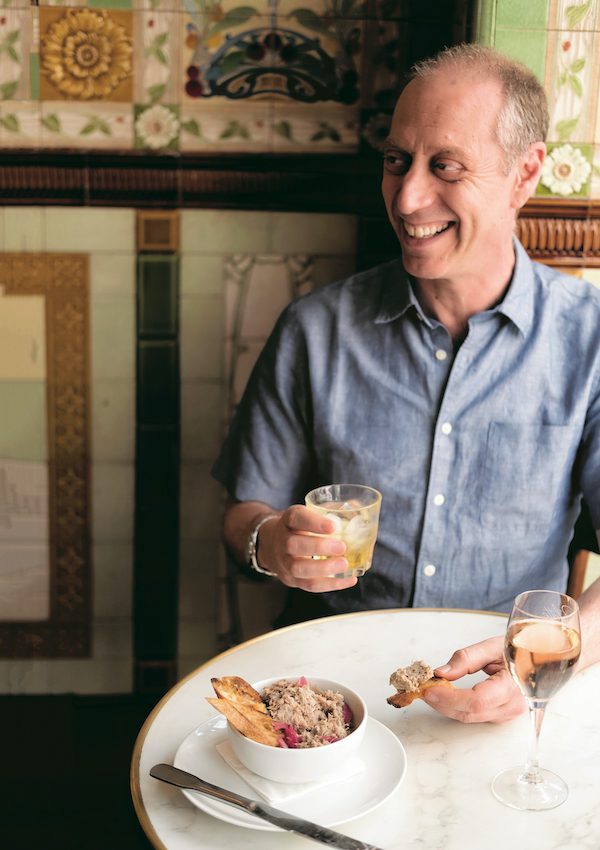 While you began in pastry, you since have become an expert on many aspects of the kitchen. Do you have a particular part of the culinary world that you are yet to explore?

I love learning whatever I can about food and French gastronomy, which is why I chose to write a book on café drinks, cocktails and apéritifs. I knew a little bit about the French drinking culture when I started, just from living in France, but in order to explain them well to readers, I had to understand it completely. I took a very deep dive into the subject, which turned out to be a lot more intriguing than I expected. I don’t have any ideas at the moment for what I’d like to explore next — but as a result of this book, I now have 150+ bottles of liquor and French spirits to make my way through, so that’s a priority! 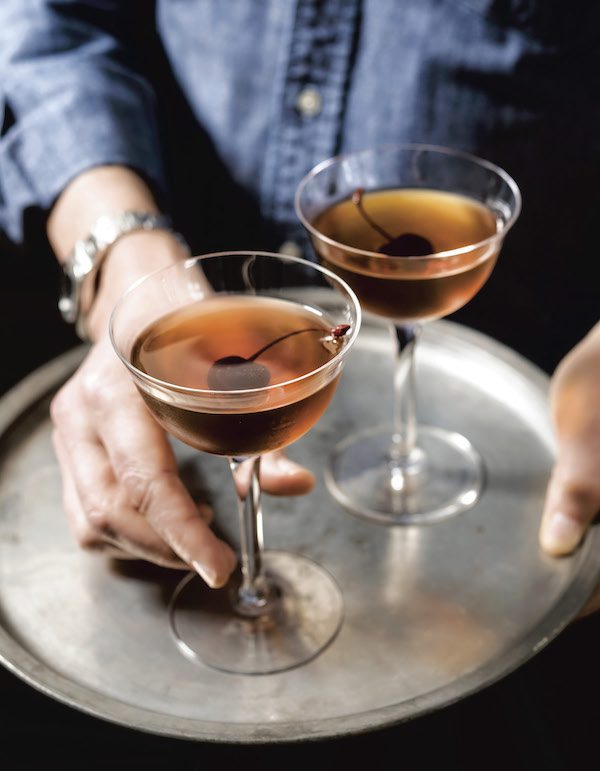 You have written nine books, the latest being the aforementioned Drinking French. How did you approach this title and what was different in creating cocktail recipes? Were there any fascinating discoveries made in the research?

I discovered that naming cocktails is a real skill! A few bartender friends told me to try to associate the drink I created with a feeling or mood. That didn’t really help me, but what did was writing the headnote (or story) before each recipe; usually, I found the answer in there. One particularly funny one was finding a racy book from the 1970s at a flea market, which my friends convinced me to buy. I never read the book, but the story about buying it was amusing enough to evolve into the name of the cocktail. (Editor’s note: you can find this recipe—L’embrassadeur—on p114 of our July/August 20 issue!) 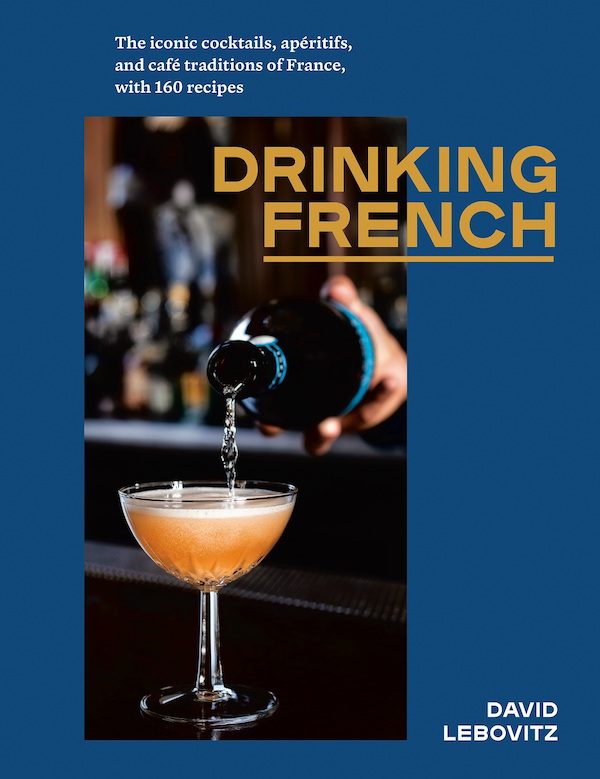 The most fascinating person I met was Mat Sabbagh, a “traveling” distiller who has a copper alembic still on wheels that he drives around the Burgundy countryside. He distills everything from grape lees (the purple residue left over after making wine) to bitter gentian roots. We’ve become good friends, and it’s been interesting to spend more and more time with him, learning how he does his craft, and why he decided to give up a life in Los Angeles to return the French countryside and do what he does.

Read next: An Interview with Food Stylist & Photographer, Elise Dumas

You’re hosting an impromptu, three-course dinner for friends. What’s on the menu?

An Americano to start, a simple three-ingredient cocktail that’s not too strong but has a gentle bitterness that “opens” the appetite. I’d serve gougères (cheese puffs) with it.

My main dish is a classic poulet rôti (“roast chicken”) with vegetables and aïoli. I know it’s not traditional to eat aïoli and roast chicken, but I can’t help it. I love the combination! Actually, garlic mayonnaise is pretty great on anything… But, since the meal is impromptu, I would just go to the butcher and buy one of their roast chickens which, honestly, taste better than what you can make at home.

For dessert, it would be a fruit sorbet that I have ready in the freezer, along with a fruit compote made from whatever’s in season because I always have fruit on hand. It might be cherries and apricots or peaches in the summer, and in the winter, maybe pears poached in sweet wine such as Muscat, Riesling or Sauternes.

Which drink makes you feel the most French, and where do you go to get it?

After I’ve been to the market in the morning, I often stop in Café Oberkampf for a café noisette — a small espresso with a little dab of foam on top. It’s a friendly place and a good place catch up with others in the neighborhood. 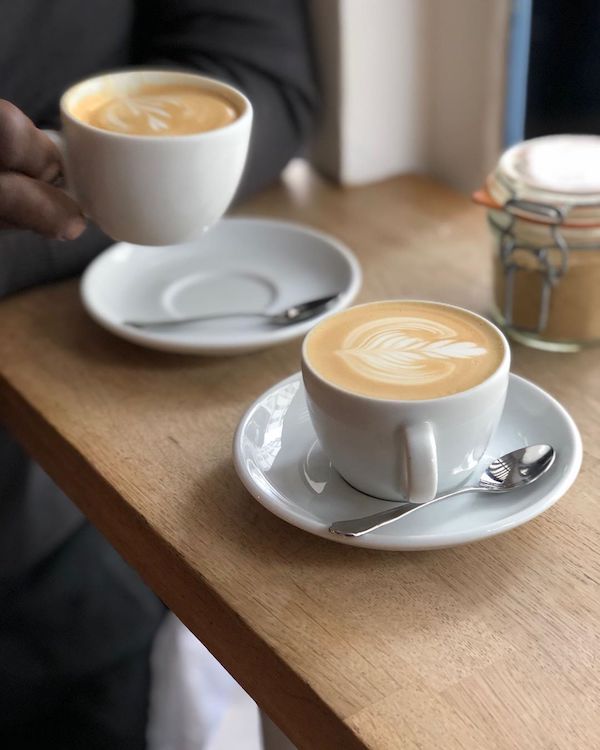 I generally have lunch at home because I’m working. Although not classically French, I’ll sometimes pick up a kombucha from a local fermentation shop in my neighborhood, Fermentation Générale.

At night, if we go out to eat, I like Aux Bons Crus, which is an old-fashioned style routier (or “truck stop”), that still retains a lot of its charm. I either start with œufs mayonnaise or a salade frisée with bacon and invariably get the pot-au-feu, boiled beef with vegetables served with a surprisingly zesty mustard (I need to find out where they get it!). A carafe of Côte du Rhone goes nicely with it. Visitors to France often feel like they have to order a bottle to be a “respectable” diner, but most French people go with the house wine — the vin maison — which, in France, is usually quite good and reasonably priced.

David has kindly given us three wonderful cocktails to include in our July/August 20 issue. You can purchase the issue or subscribe here.

Drinking French: The Iconic Cocktails, Aperitifs, and Café Traditions of France, with 160 recipes by David Lebovitz is out now.

Interview with Laura Bradbury, author of The Grape...

A Portrait of Provence by Jamie Beck