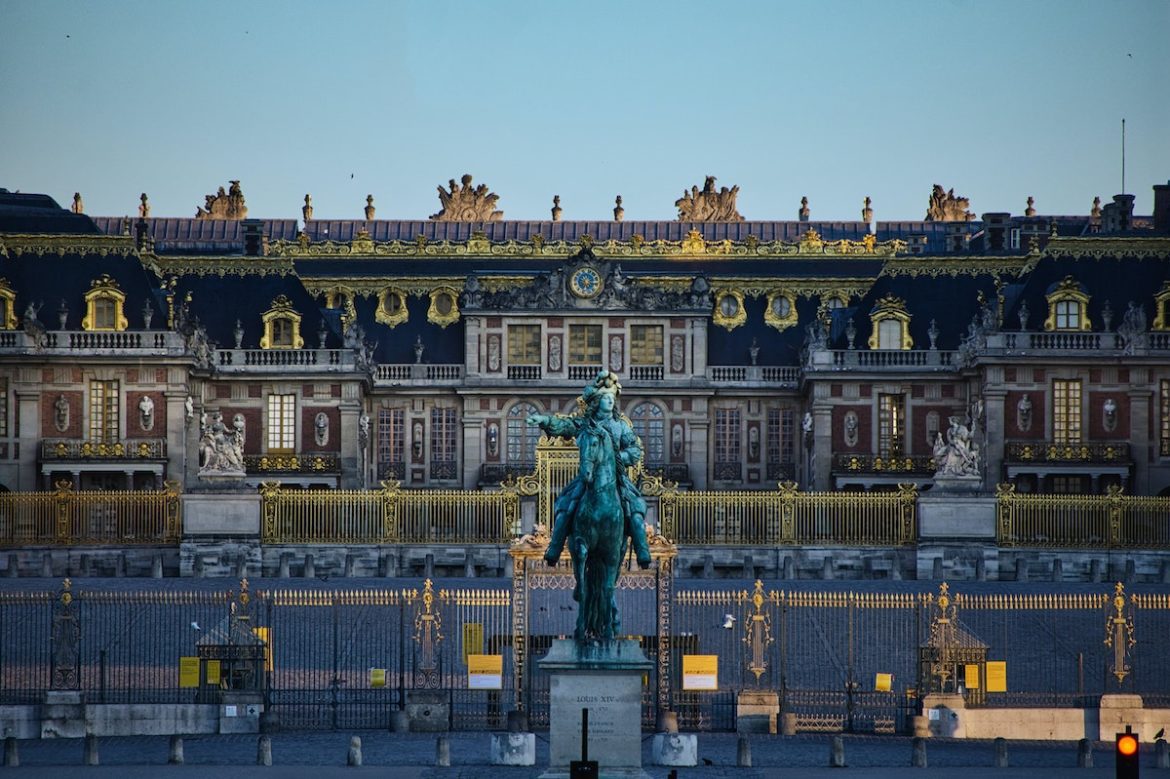 A town founded by Louis XIV, Versailles was the de facto capital of France for over 100 years in the 18th and 17th centuries. Now a UNESCO World Heritage Site, it is situated in the suburbs west of Paris, a well-visited, renowned gilded château with a fascinating wealth of history.

Read on for 10 lesser-known facts about Versailles.

The Grand Trianon was meant to be a porcelain building

The Grand Trianon, so named after the village that once stood in its spot, is also known as the Pink Trianon due to the pink marble it is made from. What is lesser known about is its predecessor, the Porcelain Trianon. This building was meant to imitate the Porcelain Tower of Nanjing, but difficulties in sourcing true porcelain in Europe at the time meant the building was instead covered in faience, or tin-glazed earthenware. The fantasy was sadly short-lived — a storm would collapse it after just 17 years.

The fragrance of its gardens was overpowering

The gardens of Versailles are amongst the most spectacular in the world and have hosted an unimaginable number of plants, flowers and trees throughout its history. The smell of this huge amount of flowers was actually potent enough to cause headaches, breathing difficulties and even faintings in the neighboring village of Trianon. Just before the French Revolution, the park of Versailles covered a staggering 8,000 hectares, until revolutionaries appropriated most of the area for new buildings. Many of the towns surrounding Versailles were born at this time.

Marie-Antoinette had her own cave

As you might have guessed, it wasn’t your regular hole in the ground. Designed to be almost invisible from the outside, the cave had a floor covered in “moss” (a green carpet, in actuality) and was traversed by a gentle stream. This comfortable and private nest contributed greatly to the salacious rumors surrounding the queen.

The “lighting bill” costs a fortune

Versailles’ stunning royal opera house, designed over the course of 20 years (but built in two to accommodate Louis XVI’s wedding to Marie-Antionette), required no less than a whopping 3, 000 candles to illuminate each evening.

A room is named after snooker skills

Louis XIVth was an avid player of snooker (a variation of pool), and the court would congregate every night to marvel at his skill. Their constant applause gave the Diane Room its nickname: la Salle des Applaudissements (“the Room of Applause”).

It follows the sun

Louis XIV was also known as the “Sun King” and the builder of Versailles; he took this moniker very seriously. The entire property is laid out from East to West, following the sun’s celestial path.

Versailles’ famous water displays have stunned visitors for the past 350 years, and the machinery required for the spectacle is extraordinary. Over 20 miles of pipes and assorted equipment, some revolutionary for their time, are painstakingly maintained by Versailles’ own dedicated team of fontainiers.

Versailles was a center of research and discovery

Versailles has a warranted reputation for decadence and extravagant parties, but it was also a place for serious work. Naturally the king ran the country from his residence, but the menagerie and gardens were also home to an army of doctors, botanists and other researchers keen to use the palace’s resources.

The king often had to eat cold

One of the downsides of such a huge residence is, well, that it’s huge! The kitchens were at such a distance from the dining halls that even the vast amount of servants could not get the dishes to the table fast enough for them to stay warm. Louis XV, a well-known gourmet, eventually had a kitchen installed in his private quarters.

The Petit Trianon was briefly a nightclub

The government installed by the French Revolution had little reverence for royal symbols and soon decided to extract revenue from those that remained. They rented the Petit Trianon to a succession of tenants, some of whom would use the building to host gatherings and parties. This caused some damage, and such events were eventually banned. The building later became a school.

All photography featured in our full guide to Versailles in the Jan/Feb 21 issue of MFCH Magazine. Get your copy HERE!